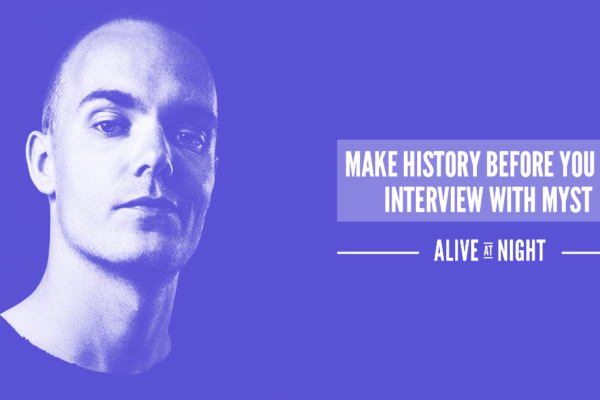 Eugen Boorsma, or better known as revolutionary producer MYST, is literally in the midst of one inspiring career breakthrough! The Raw Hardstyle phenomenon has caused quite the buzz recently with his diverse sound that’s swung between rough and brutal to heart-capturing, feels central.

On the road to ‘The Ultimate Destination’

After making the switch from Hardcore to Hardstyle, by 2015 MYST had scored himself a place amongst the Nightbreed Records clan. Prepared to flood the scene with his innovative sound, 2016 was a game-changing year for MYST, who worked around the clock to open the New Year with a ton of zesty, new beats!

“2016 was a good year to show what MYST was all about and was the year where I really tried to find my own style. After releasing aggressive, darker tracks such as “Finish You Off” and “Shut Your Mouth,” I created some ‘melo-dramatic’ styled tracks like “The Ultimate Destination” and “Life Is Ours.” I even released “Man Bear Pig” which was a fun, experimental track. Producing so diversely was a great way for me to see which kinds of tracks suit me better and what my audience likes to hear.” 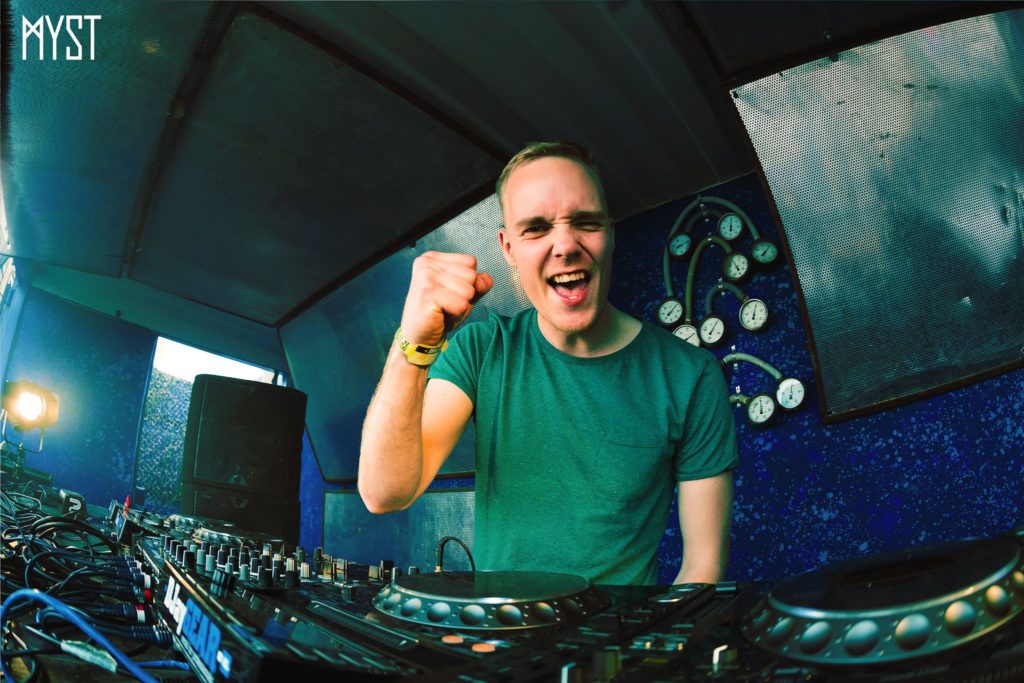 As the 2016 festival season was drawing to an end, Eugen was already jotting down his 2017 resolutions. Stating that he became adamant on pursuing Hardstyle over Hardcore, MYST was intent on grabbing 2017 by the horns and going in full throttle.

“All I did after the festival season was make music. By this time I had a clear perception of what people like in my style…”

Quickly stirring up fans and artists alike, MYST managed to gain the attention of one of Hardstyle’s heavyweights, Adaro, who invited him to officially remix “Raggamuffin.”

Although, it seems as though MYST just so happened to be in the right place, at the right time. Raw Hardstyle has taken many interesting twists and turns over the past four years, however last year marked the beginning of a new chapter for this style. With numerous artists embracing melodies and sophisticated musical structures a lot more than in previous years, this paved way for MYST to gain such recognition on his ‘melo-dramatic’ releases.

“This new ‘wave’ in Raw Hardstyle is a great development. In my opinion, I feel as though a large chunk of fans are kind of done with the ‘hardest’ kind of Hardstyle and those same people are really embracing this balanced sound. It seems as though a lot of producers are experimenting much more than in the past – which is great to see! Everyone is really pushing themselves to be the best in what they do, and thus the quality of the music is rising.” 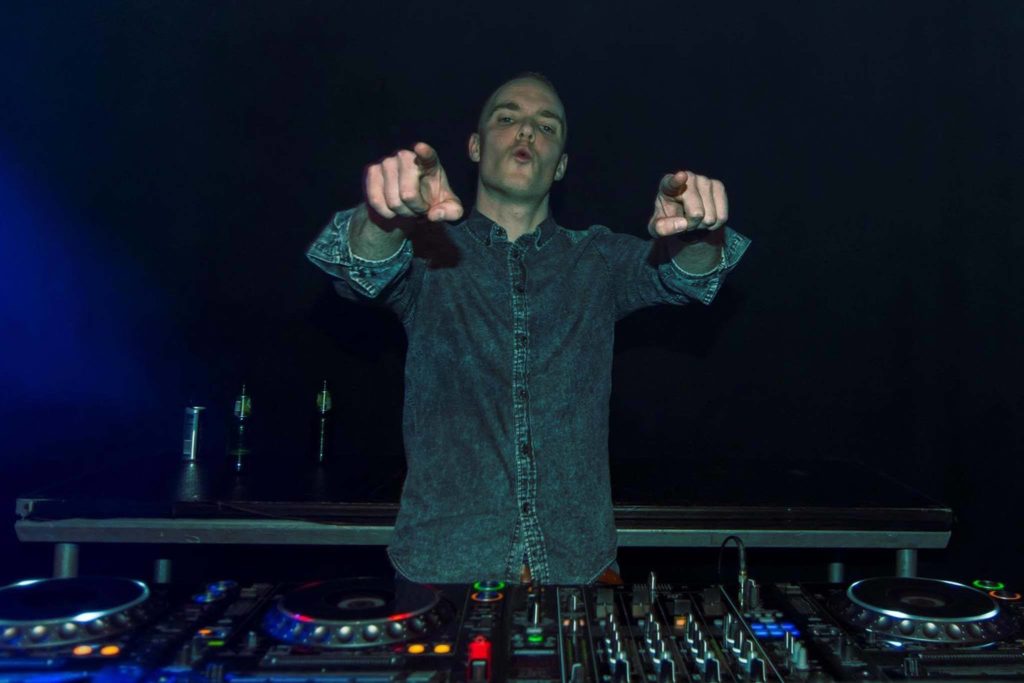 Some of you may not know this, but Eugen actually holds a remarkably rich musical background. Kicking off his career in the Hardcore sphere under the alias Pandorum, eminent artist Ruffneck spotted potential and recruited him to the Enzyme Records crew.

Those who are familiar with both of Eugen’s aliases would definitely hear some similarities between the two. When asked about this, MYST states:

“I still produce music in a similar way and use a lot of the same tricks and patterns I used as Pandorum. In my track “Sacrifice” (Pandorum) you can really hear the resemblance; some of the lead sounds are very similar to those used in “Before You Go.” Making the hardest kicks isn’t something new for me either; I just choose to not use them as I don’t particularly need them for MYST.”

Hardcore is a movement that thrives on uncomplicated techniques and with Pandorum’s productions exhibiting more of a complex edge, it was evidently difficult for him to resonate with a larger audience. As mentioned earlier, over the past couple of years Raw Hardstyle has developed into a movement that thrives on innovation and outstanding sound design – making it a perfect landing spot for Eugen’s creations.

When asked which alias has been more successful, here is what Eugen had to say:

“Definitely MYST as I have more control and experience. A huge shout-out to the Nightbreed Records crew for making it possible to do my own thing on the label. They’ve really helped me develop my career by giving me the space and creative freedom I need. Things have run very smoothly and I’m really happy to be a part of this platform.”

It’s all about the ‘Prophecy’

At the end of the month, MYST will drop his mini-album, titled “Prophecy.” Consisting of six tracks, the mini-album aims to showcase the fully-fledged MYST sound that embraces all corners of Raw Hardstyle.

“The idea behind the mini-album was to show people what I can do as a producer. I was highly inspired to include productions that capture more than one sound in Hardstyle and in exchange, I want to see, again, what the people like. I’ve separated the mini-album into three parts: The melodramatic tracks, aggressive and darker tracks and the experimental/humorous tracks. The three symbols on the album cover are symbolic of these three styles.”

Instead of creating an entire album, MYST opted for a more compact method of showcasing his sound. Stating that six tracks was enough leverage for listeners, Eugen goes on to affirm that it would have been too risky to attempt to finish an entire album before the summer.

One of the biggest hits of ‘Propechy’ is, without a doubt, the melodic banger “Before You Go.” Having its time to shine on numerous stages over the past month, this track is evidently one of Raw’s most monumental tracks at the moment.

“I produced ‘Before You Go’ in November 2016 and I can remember I was really lacking inspiration that day. I was sitting with my girlfriend and listening to the sketches when I suddenly came across this audio sample that sounded like a yelling chicken. She immediately said I had to use it and although I was a little hesitant, I gave it a go and discovered that I was able to fill the complete track without the sample becoming irritating. After that, I began creating a huge test melody which, in the end, actually became the main melody! I never anticipated that ‘Before You Go’ would be received so greatly; there have even been people wanting to get the lyrics tattooed – it’s totally insane! Lesson learnt: I should definitely listen to my girlfriend more often, haha!”

Before we wrapped up our interview with MYST, of course we had to ask what was next for him – and this is what we can reveal… This year MYST plans to collaborate with numerous artists and has already booked studio times with several established names. Furthermore, his collab with Adaro, titled “Fuck Outta Here” is on the verge of being completed, so you can expect to hear that one very soon. Of course, Eugen is also working intently on delivering some banging new solos, so keep your ears peeled!

“Prophecy” will be released on Nightbreed Records on the 25th of April. 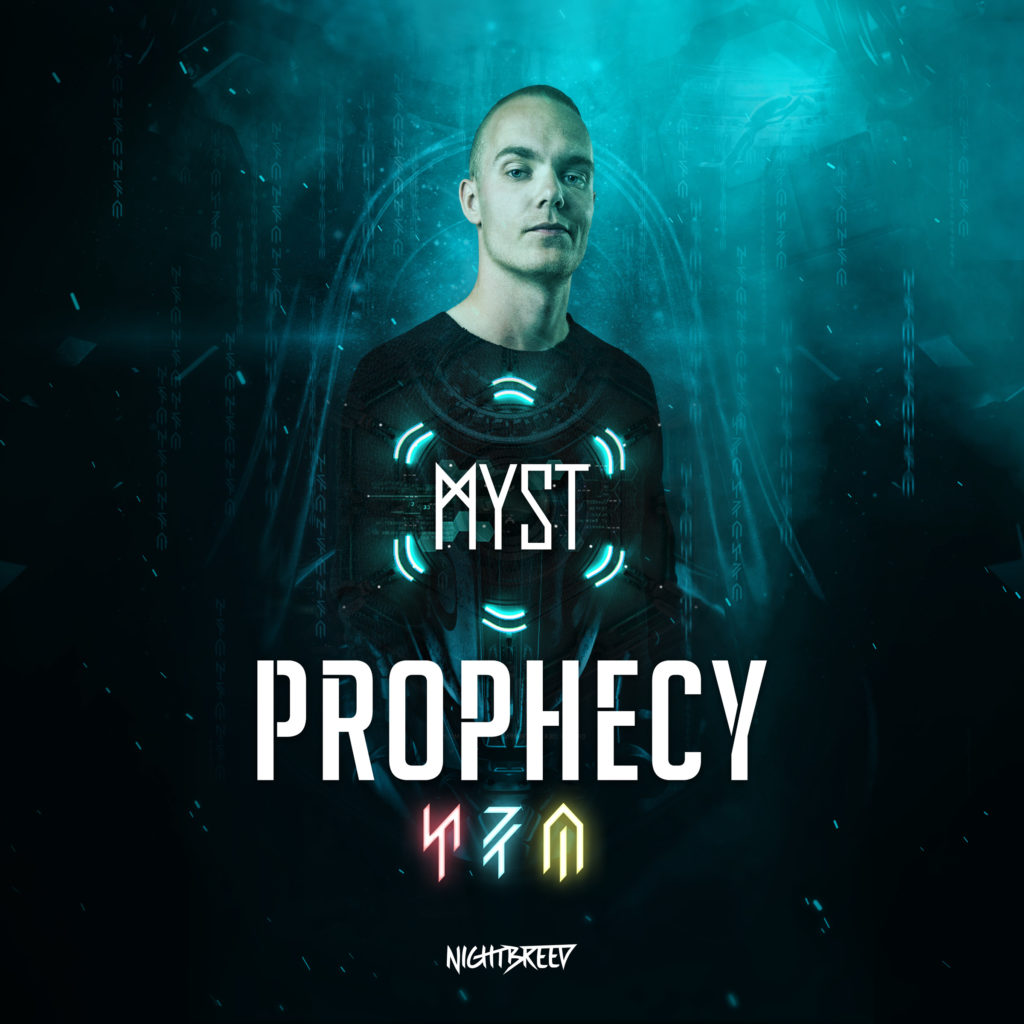