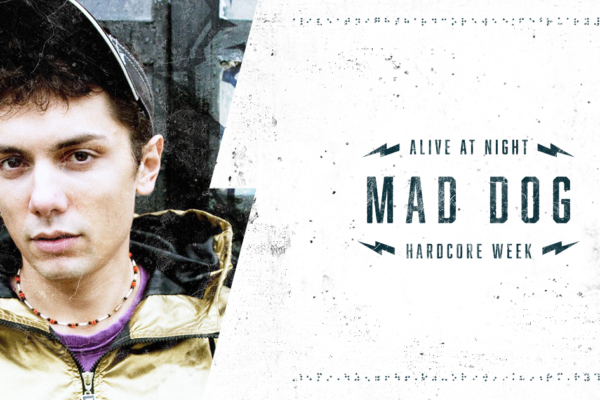 Deemed one of Italy’s greatest assets in Hardcore music, DJ Mag Dog has helped the genre advance in numerous unthinkable ways. Staying true to his legacy, Mad Dog endlessly delivers productions that rank amongst the best in the business, with recent releases such as “911” with Evil Activities, “Dogfight” and “Call Of Fury” all making an immense impact on the scene.

2016 was a non-stop year for Mad Dog, who furiously unleashed his productions on the world’s biggest stages and also launched his Dogfight Records platform, which has already become a household name for Hardcore fanatics.

With Hardcore week in full-swing, we figured it was time to have DJ Mad Dog on Alive at Night for an exclusive interview where he shares more information about his forthcoming album, as well as speaking about breaking through and the current Uptempo hype.

– Hey Mad Dog! Thanks so much for this interview, and welcome to Alive at Night! First of all, what have you been up to on this fine day?
Thank you! I’ve been in the studio all day working on my forthcoming album. 🙂

– Alright, let’s take a little trip back in time. How did you become infected with the Hardcore virus? First of all, I’ve always been fascinated by crazy sounds and when I was 15, Hardcore was (and in my opinion, still is) the most futuristic and craziest genre. In Rome we had this small vinyl shop called ‘Remix’ and I used to go in there every day to listen to and talk about Hardcore. Inside that little shop I found myself infected by the music of guys like Marc Acardipane, Ruffneck, Neophyte, D.O.A, Oliver Chesler, Lunatic Asylum, Miro and more. 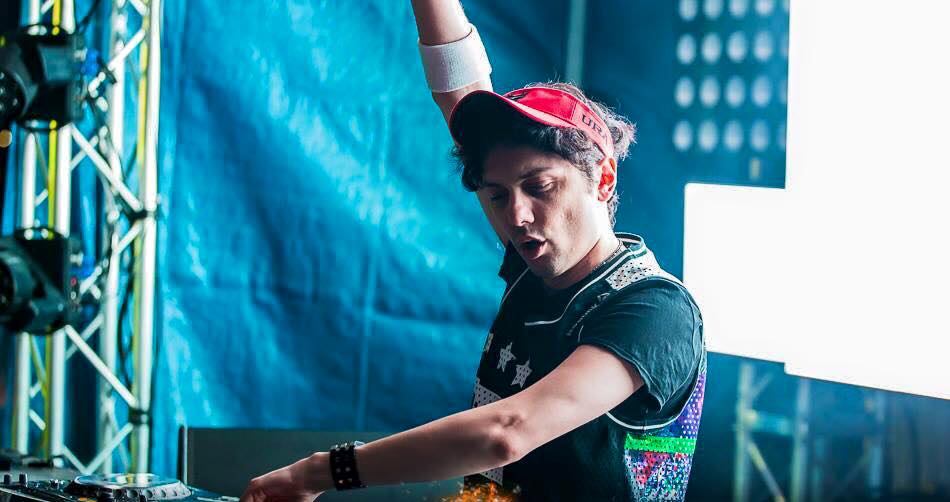 – Back at that time, what was Hardcore like in your home country Italy?
I’m from Rome and I’d like to talk to you about the scene in my city. Around 1995/1996, the electronic music scene was huge – the nightclubs were full every weekend, there were FM radio shows, vinyl shops and a wild illegal rave movement. As the internet was still unknown back then, believe it or not, but people actually used to go out and meet other people every day!

At the time, Hardcore was ‘the next big thing’ and it was the connection between different types of crowds. Many big artists of today raised thanks to those prosperous days, including myself, Noize Suppressor, Tommyknocker, Zatox, Amnesys, F.Noize, The Wishmaster, Impulse Factory and many, many more.

– Can you tell me about your first ever performance?
I had my first performance when I was 17 at Qube Club in Rome and it was a live-act created with my first tracks. At the time, I was in a group called Hardcore Terrorists and before this performance I was quite nervous, but excited at the same time. It came as a huge surprise a few years ago, but I actually discovered on LSDB that somebody had recorded that live-set from a radio show and it’s still available to listen to. It’s amateur, but wild… It was Hardcore! 🙂

– Although you’re an established name in Hardcore today, you had to start your career somewhere! What was your ‘breakthrough’ journey like?
I started my career around 1997 and I was quite lucky to have reached popularity in Rome with my old group Hardcore Terrorists. We used to play every Saturday and Sunday in front of thousands of people, we had our own radio show, our merchandise was pretty cool and as a 17 year old kid, I was like the little superstar of the school!

However, in 2000 I decided to quit with the group and begin my solo career as DJ Mad Dog; I felt as though this was the best decision, because I wanted to reach an international status as an artist. It wasn’t as easy as I thought it would be; after all of that popularity I passed through six years of struggling to make my music become noticed by the international crowd.

In 2006 I came close to quitting, but coincidentally at that time I released the tracks that boosted my career immensely and kicked me into the international scene. That year I released “Welcome Down,” “ Nasty,” “Dangerous,” “Enter The Time Machine,” “Disorder,” “So What About The” and more.

And so, still today when I bump into obstacles, I remember those six long years of struggling and know that I can always give my best to succeed.

– Hailing from Italy, do you feel as though your location made it more difficult to get yourself known in the Dutch scene?
No; I think that being Italian helped me. I learnt to be more determined by taking advantage of all the opportunities that The Netherlands gave me. 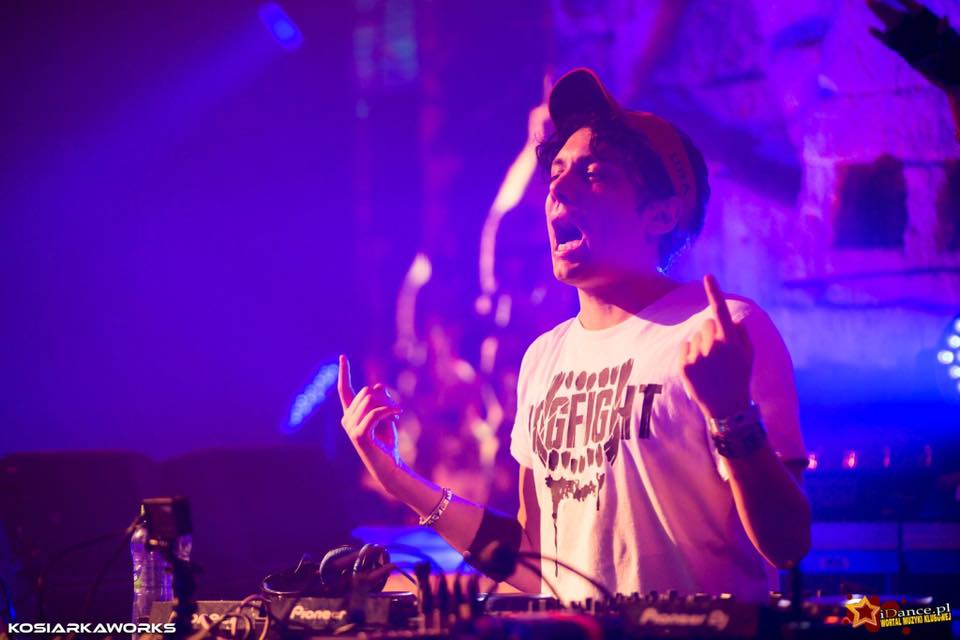 – Italian Hardcore vs Dutch Hardcore – GO!
Today’s Dutch crowd want it hard and fast, which is sometimes fun, but an entire night at 200BPM could represent a limit for the future… Italians (and the rest of the world) are still more eager to hear the party-vibe tracks with more feeling in them, leaving these scenes open to diversity. But this movement is ever-changing; it’s like a rapidly moving wave and the hype of today could be tomorrow’s downplay…

– So 2016 was a tremendous year for you, you performed on numerous mainstages and also began your own label Dogfight Records. Can you share some of your biggest highlights from the year?
Yeah! I really travelled the world last year; I performed in Chile, The United States, Canada, Australia, Russia and many more countries. It was awesome to meet so many devoted Hardcore addicts from around the globe.

However, my biggest highlight was definitely the launch of Dogfight Records! In 7 months we’ve already released 16 tracks, pushed new artists like Tears Of Fury, Ignite and Broken Minds, and reignited established names like Noize Suppressor, AniMe and Unexist. We’ve generated great feedback from all over the world and with our intention to provide a new drive to the genre, I’d say that we’re on the right track.

– Speaking of Dogfight Records – how has the label been going so far?!
As I said, we are really satisfied! We also recently released our first compilation called ‘Dogfight Hardcore’ which contains 10 unreleased songs – this is something we want to repeat at the end of each year. We are also starting a new DJ team with myself, Noize Suppressor, AniMe and Unexist called Dogfight Clan, which will soon be featured on the biggest Hardcore stages.

– Another huge piece of news is that you’re working on an album! Can you tell me a little more about it?
Yes, my album is in the making and will be released around July. I decided to avoid remixes from other artists and will only include a few collaborations. This way the album will be more personal and give me a better opportunity to express my vision.

– Sound-wise, which direction are you heading with your album?
It will be 100% Mad Dog Hardcore! Listeners can expect party vibes, big kickdrums and strange distorted sounds. However, you won’t find 300BPM songs on there, because for me, fast doesn’t mean hard.

– A topic that’s been of huge discussion in Hardcore lately is the rise of Uptempo and ‘faster’ productions; what is your opinion on the general quality of these tracks and the hype surrounding it?
It’s debatable that the quality of Uptempo is inferior; that the higher speed is abused to give a false sense of ‘hardness’ and that the majority of tracks are made with popular radio hits sampled in the breakdown, however it’s a fact that classic Hardcore has lost the wildness, roughness and simplicity. At the moment all peculiarities are in Uptempo music and the Dutch crowd recognises that.

I can’t hide the fact that I don’t like it, but I do believe that this new ‘mainstream’ genre has served as a wake-up call for the old producers, forcing them to aspire for a higher quality and do more to keep Hardcore alive. This is also one of the reasons we launched Dogfight Records; we aim to keep the quality high, but with that classic Hardcore power.

– From your perspective, what your thoughts about the digitalisation of the music industry and how does this affect the scene?
Since the death of vinyl, the introduction of CD’s marked the advent of internet piracy and the biggest source of income from music has gone. This also caused the death of many labels, shops and a really crucial figure in the business – the A&R manager, who’s in charge of choosing the best tracks to put out.

This shift gave space to smaller digital labels, sometimes launched by the same DJ’s or producers who didn’t find their space in the bigger, more professional labels. Their goals were to be noticed by the crowd, on the internet or by promoters who choose quantity over quality. These labels have permitted amateur producers to release their tracks, giving the impression that this music is weak, dragging down the quality of our genre.

In reality there are still great producers who spend weeks or months to create “the perfect tune”, but they are buried by all these amateur tunes and by the misconception that this music is easy to produce. 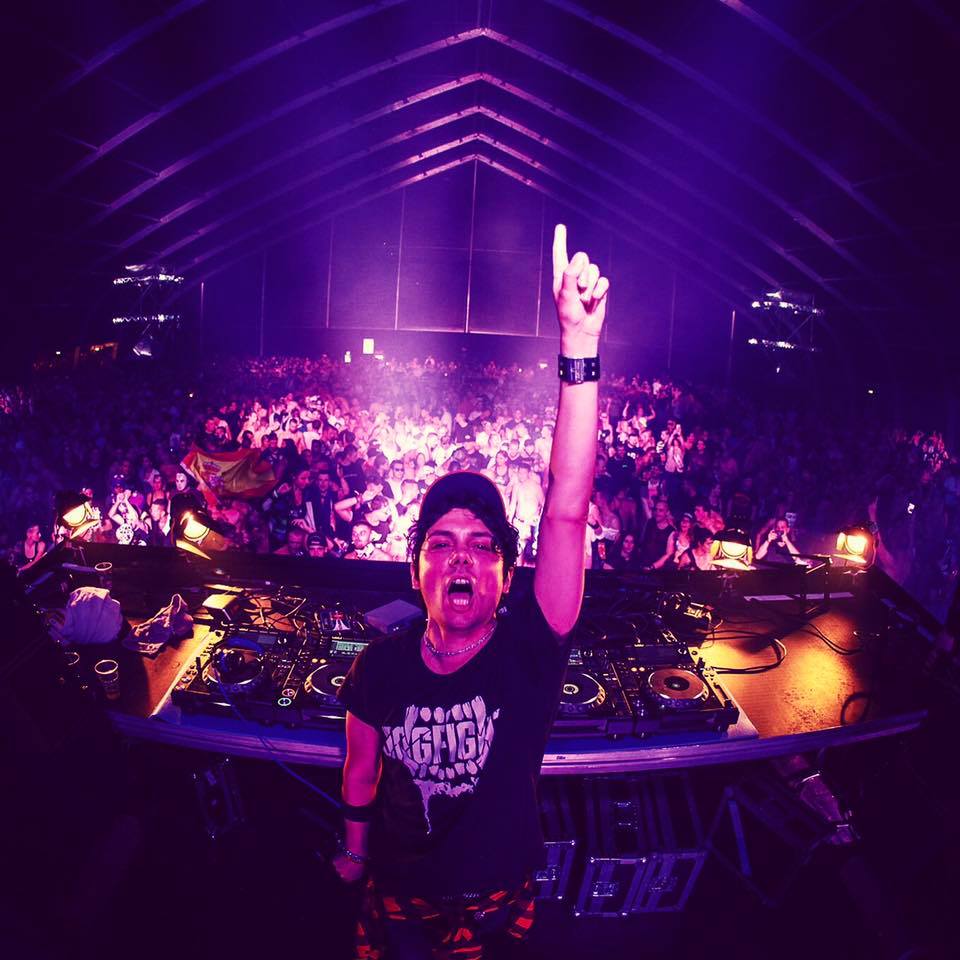 – What does a day in the life of Mad Dog look like?
These days my life is pretty repetitive: Wake up, eat, studio, repeat!

– Before we wrap this interview up, can you share any exclusive news?
My new album will drop in July, which I already spoke about earlier in this interview. Concerning Dogfight Records, AniMe will drop a new single called “Liar” which is an absolute BOMB! There’s also a new track from Unexist “Kings Never Die,” a new Noize Suppressor called “Disco Balz” and much more from the rest of the Dogfight team. Oh, finally, before the end of the year we will surely host our own Dogfight night… More news will follow ;).

– Finally, what did Mr. Mad Dog eat for breakfast today?!
Just my regular dose of kibbles. 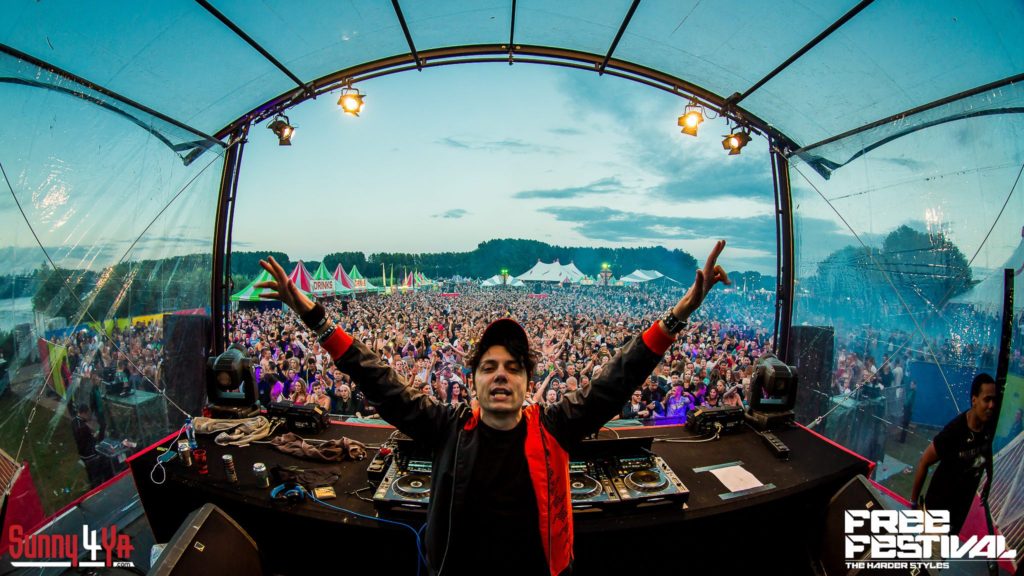 Thanks to the sensational Mad Dog for this insightful and 100% Hardcore interview! We’d like to wish him all the best with his forthcoming album and we cannot wait to hear what tricks this angry dog has up his sleeve! To stay up to date on all things concerning DJ Mad Dog, hit him a follow on the social pages below.