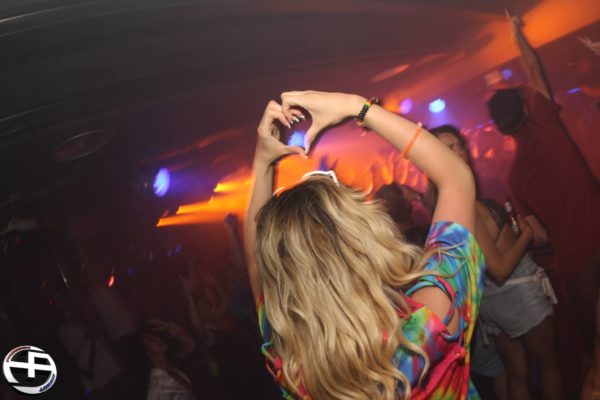 Early afternoon on Friday saw the HTID boat party setting sail across the blue waters of the Mediterranean, with another all-inclusive bar and even a chance to jump off the boat for a swim! Joey Riot, Jakka-B, Al Storm, Cotts & Ravine with MC Keyes and MC Enemy kept the boat quite literally rocking for the afternoon.

I must admit I was never going on the boat party because I get very seasick and I slept almost right through the day! I’m actually really impressed that I managed to sleep so much, because with the free bar I reckon I’ve already exceeded about the recommended maximum dose of Red Bull for the next six months. But it’s time to get up and do it all again! 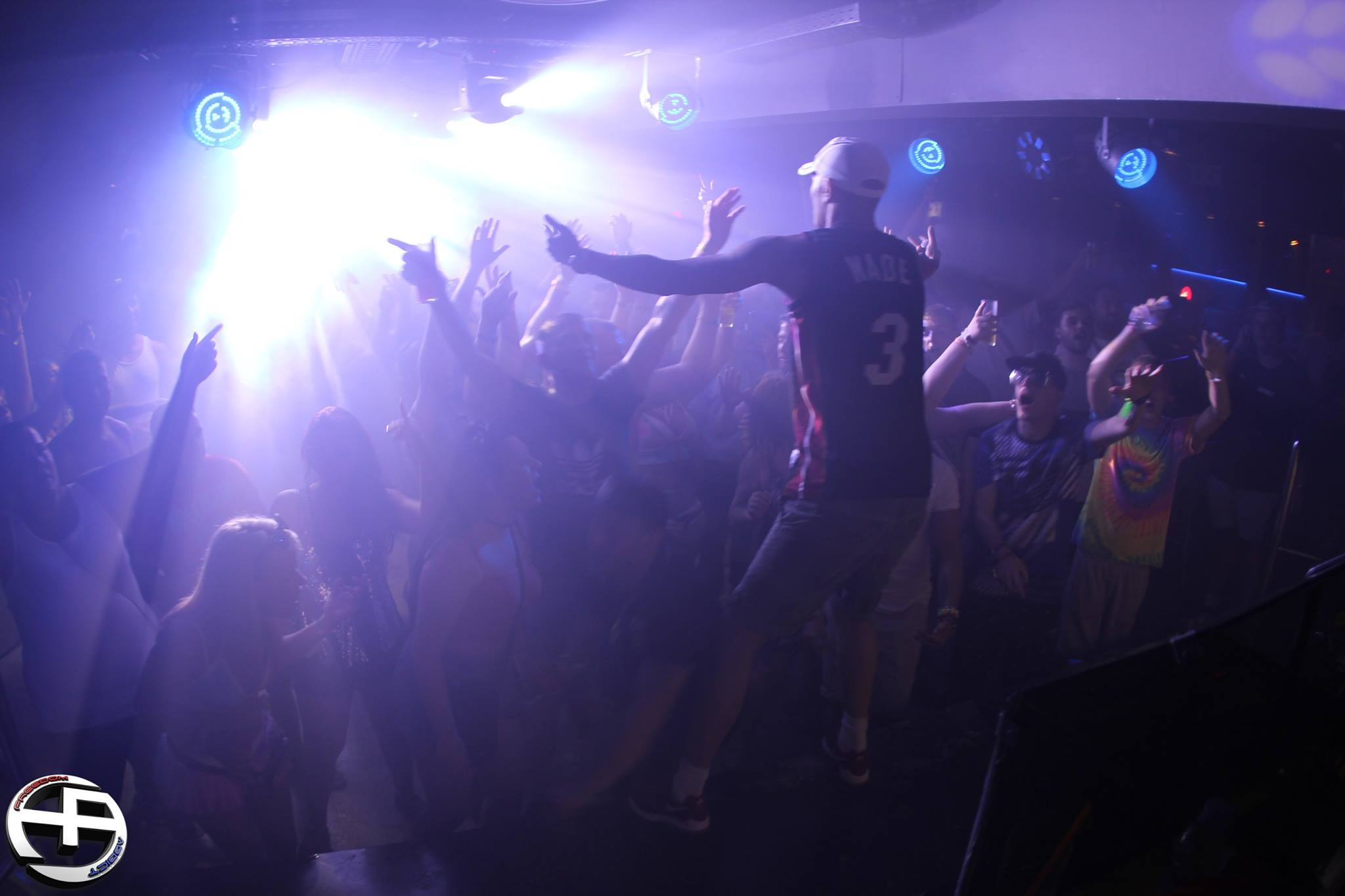 Outforce and Al Storm are up first tonight, followed by Hixxy & Dougal who get into some seriously vintage classic tunes from the “Bonkers” days. It is, after all, ‘Flashback Friday’ tonight.

Of all the Hardstyle artists billed to play at HTID, one act that I never had any doubt would fit right in was Da Tweekaz. I’m watching a nightclub full of people well over the age of 18 go crazy to Da Tweekaz’s remix of the theme song from Disney movie ‘Moana’ – dare I say it, Da Tweekaz are just too much fun for the Hardstyle scene, I think they were always meant to be in this scene! 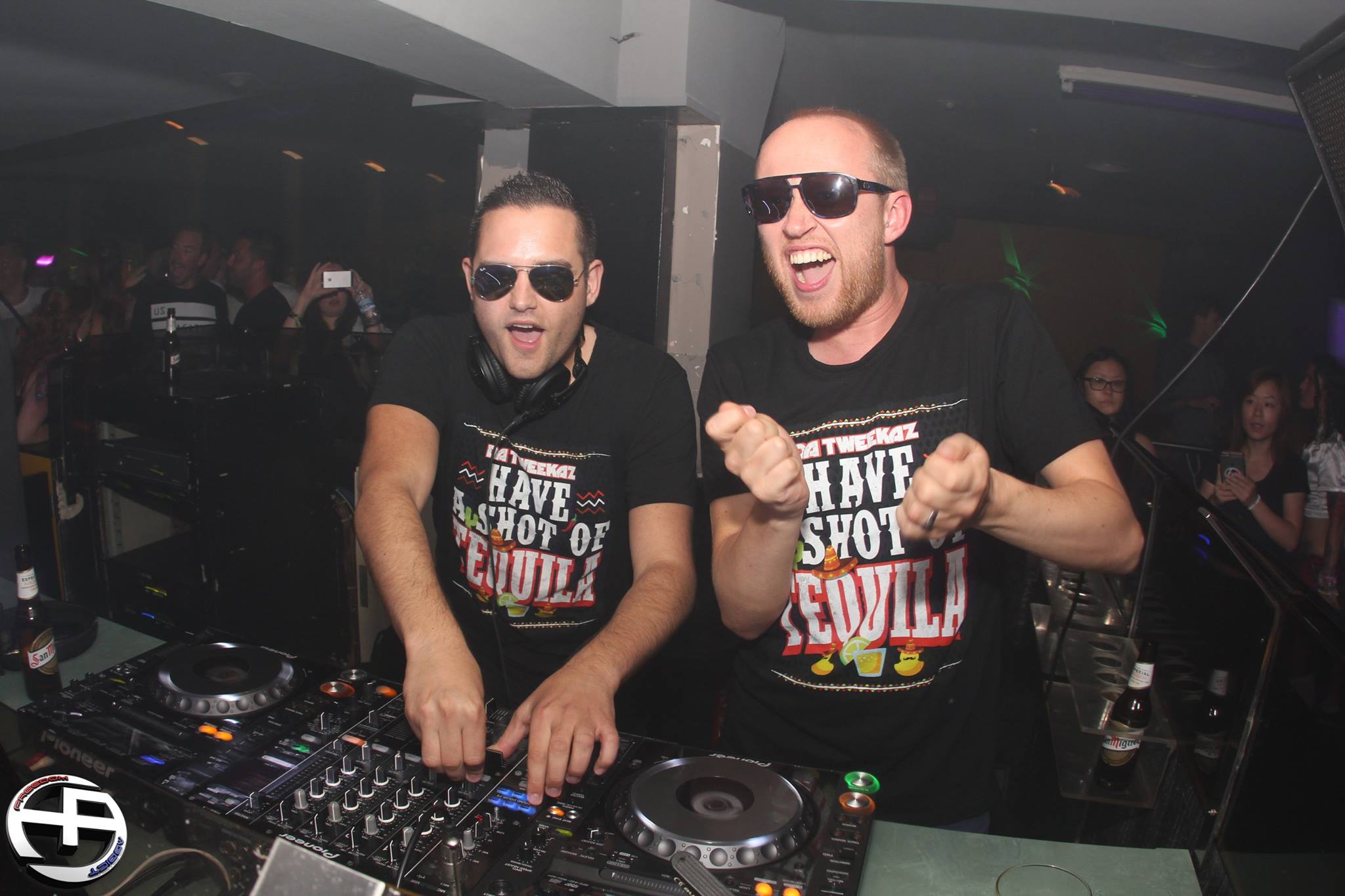 Everyone’s in a bit of a mischievous mood tonight. As Scott Brown heads into the DJ booth before his set he grabs a roll of paper towel from the bar and proceeds to wrap Da Tweekaz up in it – while they are still playing their set!

Fracus & Darwin‘s set has a big focus on melodic, euphoric tracks to tug at the heartstrings and get everyone’s hands in the air, with blissful smiles all around during their set.

Going a little more underground than most is Kevin Energy, playing Freeform classics, before Unknown & Klubfiller take over for a final hour of pure hardcore classics. 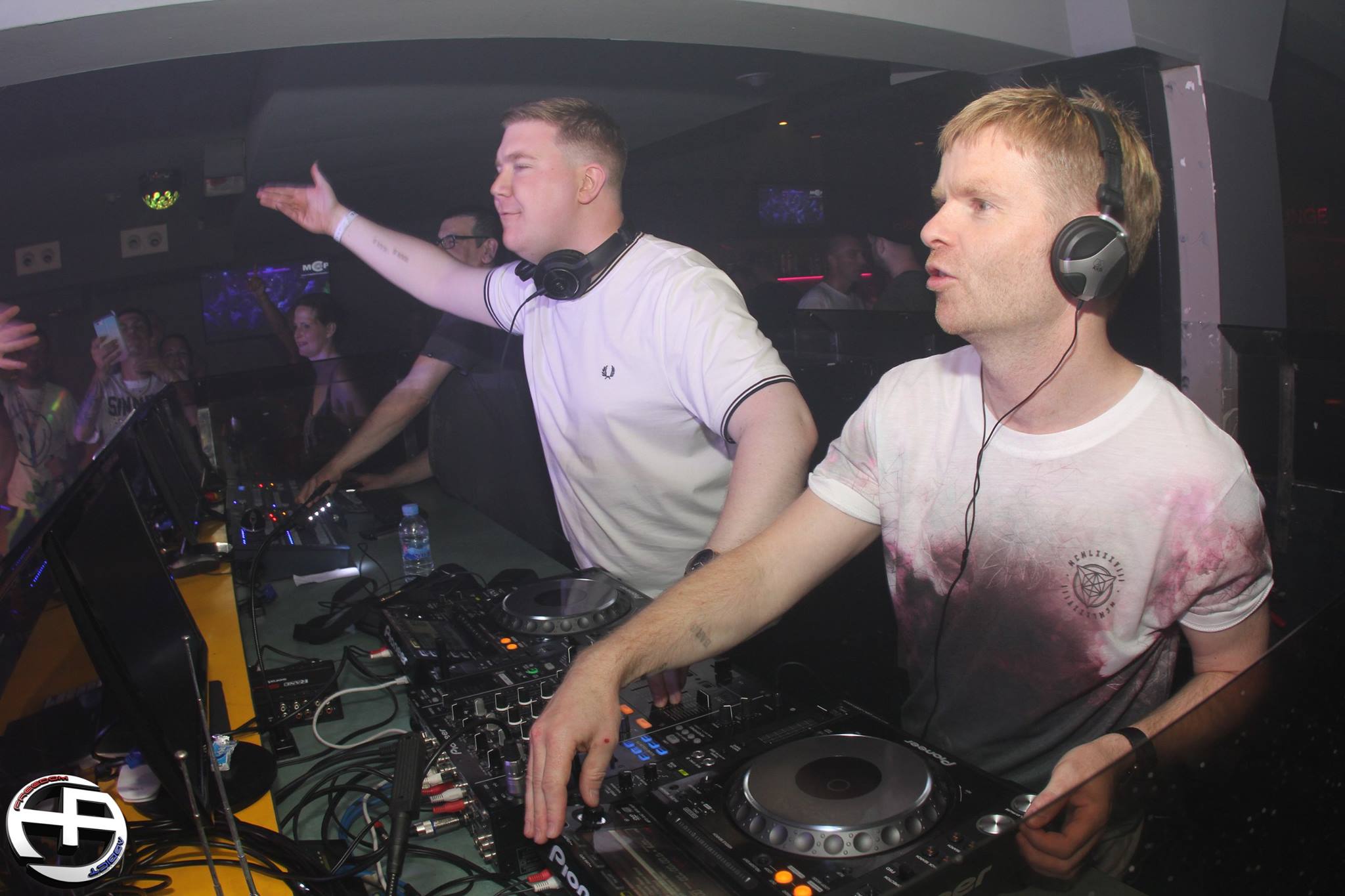 Waking up this evening, I could hear crowds celebrating in the streets of Magaluf, turns out there was actually an England vs Scotland football match on, which had ended in a draw. The excitement in the streets is infectious and has left both national tribes in a jubilant mode for the night ahead – so much so that some boys were even spotted going for a quick run round the block… having left their clothes behind in the bar!

Tonight we’re back at Bananas nightclub, which is my favourite venue of the week. Kutski opened the night, followed by Sydney’s own Weaver & Suae. There’s still more of the infamous ‘red drinks’ flowing at the bar and still more vodka Red Bulls for me.

There had been an announcement earlier in the day that there would be a surprise for the 1am set – we knew that Hixxy was due to take over at 1am and sure enough he does, to be followed part way through his set by Kutski, returning to the stage for a surprise back-to-back! 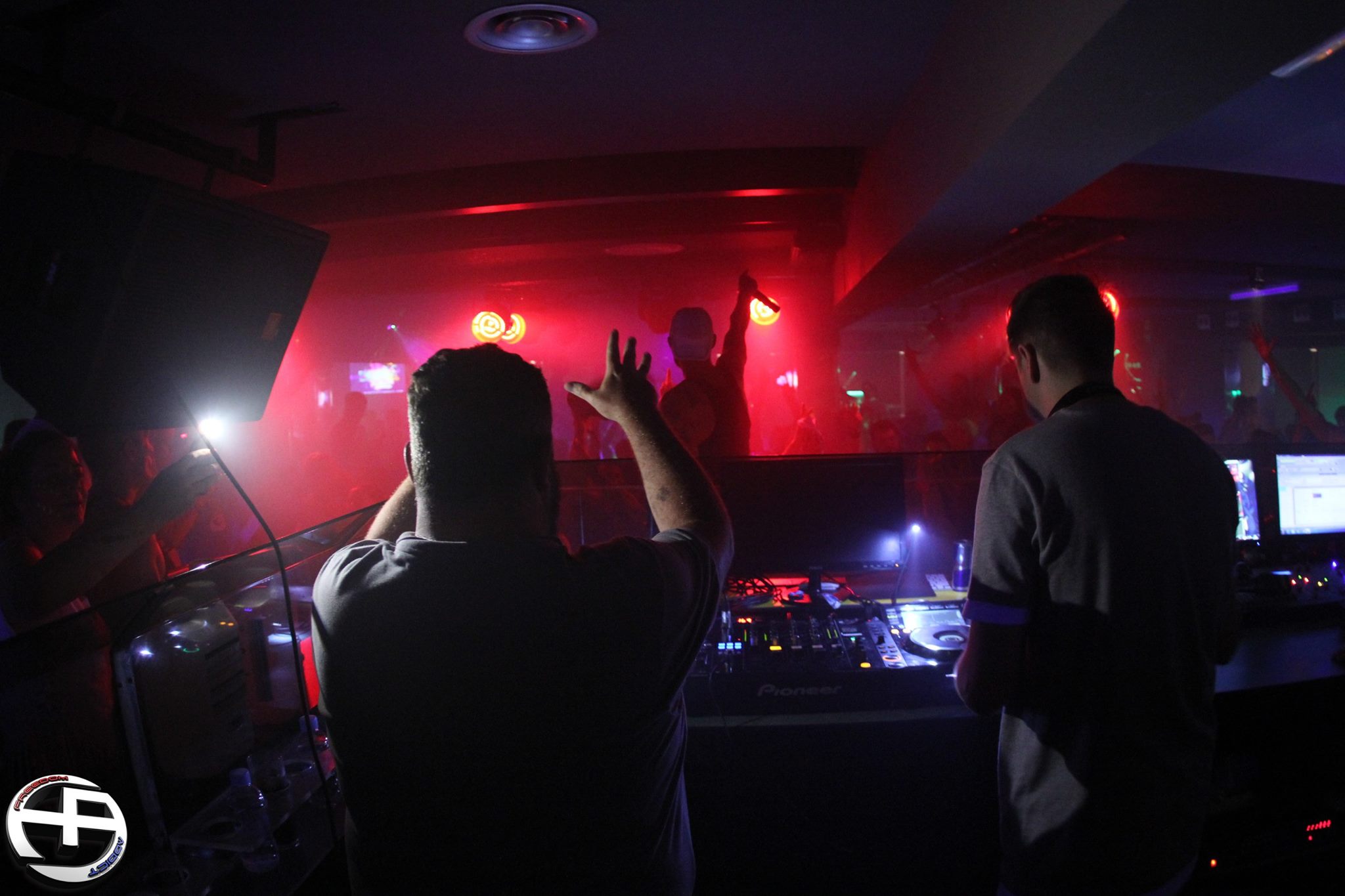 Stonebank is up next with MC Keyes and as ever Stonebank’s music is instantly recognisable for its sheer epic qualities.

Keeping the quality bar high is Code Black, who looks like he’s having so much fun here tonight, kicking off his set with Da Tweekaz and Code Black version of the UK Hardcore classic “See The Light”.

Styles & Breeze with MC Storm take over for a perfect, energetic classics set as we get into the final couple of hours of the night.

It was great to look around at about 5am and see that Code Black is still here kicking on. As for me, I think I’ve by now raised my Red Bull tolerance levels to the point that it’s never going to have any useful effect on me ever again, but I’m going to be here until the very end.

The honour of the closing set tonight rests with Dougal & Gammer, with MC Enemy, with the very last track of the week being the eternally bright and beautiful “Come Running”.

Thank you HTID for an awesome four nights of raving! 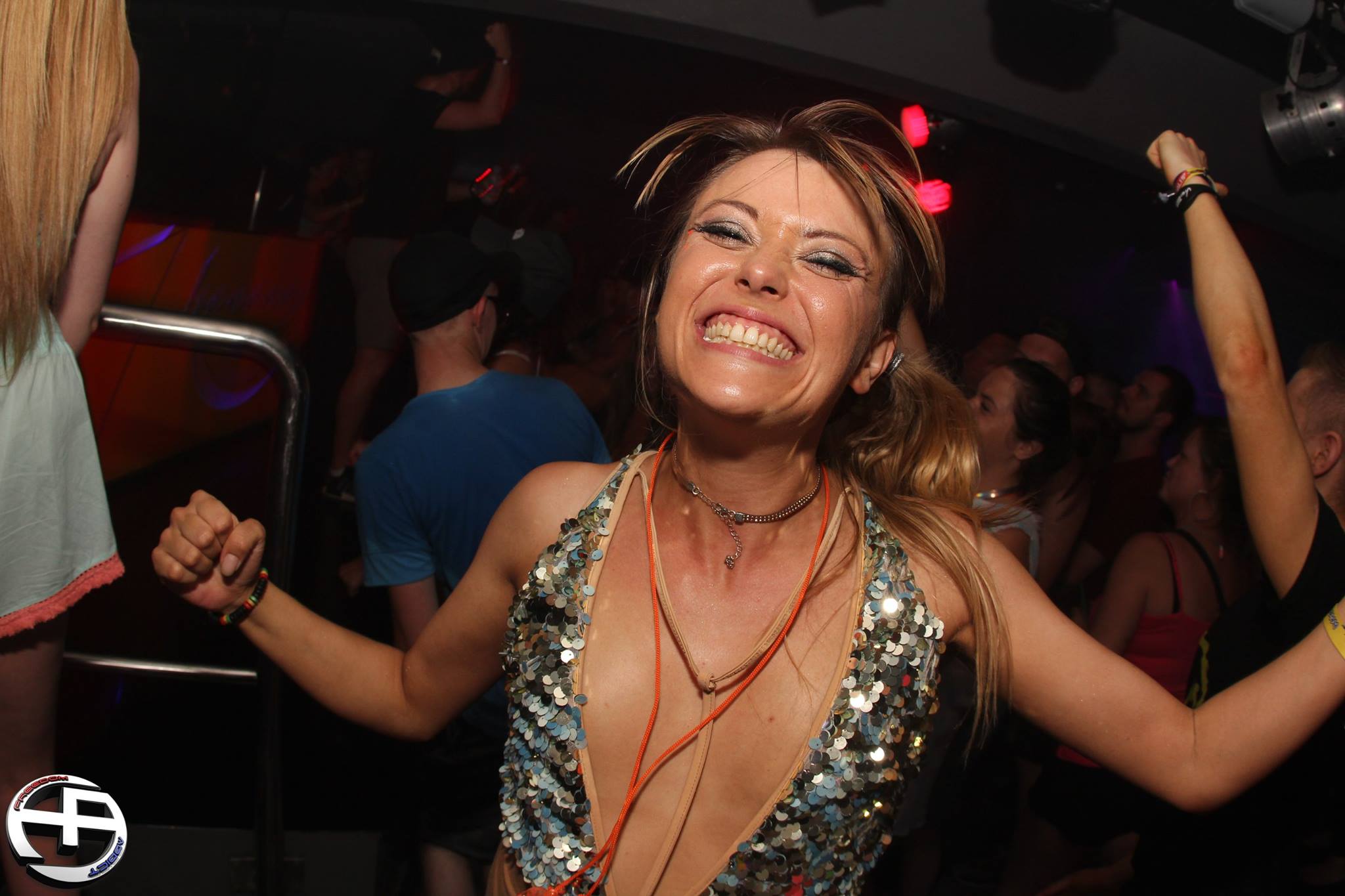 Magaluf is a holiday destination best known for its sensationally wild party antics and while we may all have been drunk as skunks thanks to the free bar, the HTID ravers were clearly a crowd of dedicated music lovers.

It’s worth noting that the original venue planned for this year’s event was Magaluf’s superclub BCM, but due to circumstances well outside anyone’s control BCM has been unable to open for this summer. The original venue would have allowed much greater scope for production trickery, but in the end it didn’t matter, this week was all about the music.

This was the first HTID In The Sun under the ownership of HSU Events – word is already spreading around the UK and indeed around the world; the new management have got this covered, the iconic HTID brand is in very safe hands indeed.