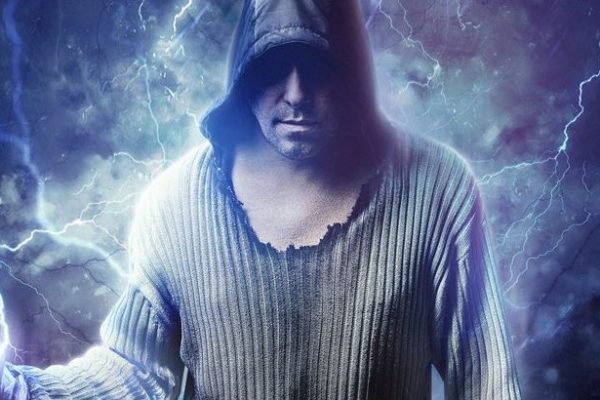 According to the ancient Mayan calendar, 2012 was the year that time would stop as it signified the world’s expiration date. Even though most individuals refused to give in to this superstitious nonsense, some actually accepted this fate of appending doom, hiding either in the hills in some far away land or kidnapping their families and locking themselves up in three layered armoured concrete vaults. But when the prophesised day finally came and even the least superstitious of us anxiously scratched the back of their heads, nothing happened. The world didn’t break and it wasn’t the end of days. Of course, not much later, all kinds of theories suddenly surfaced that Armageddon supposedly was postponed as the calendar had been interpreted wrong…

In the more interesting world of Hardstyle, the Apocalypse was postponed as well due to unfortunate circumstances. However, Erwin van Kan, a.k.a. High Voltage, in contrast to the Mayans, didn’t disappoint us with a huge anti-climax. As now, six months later than planned, The Signs of the Apocalypse, are finally here, bringing tsunamis of enriched synths, tornadoes of psychedelic screeches, and earth-quaking kicks. 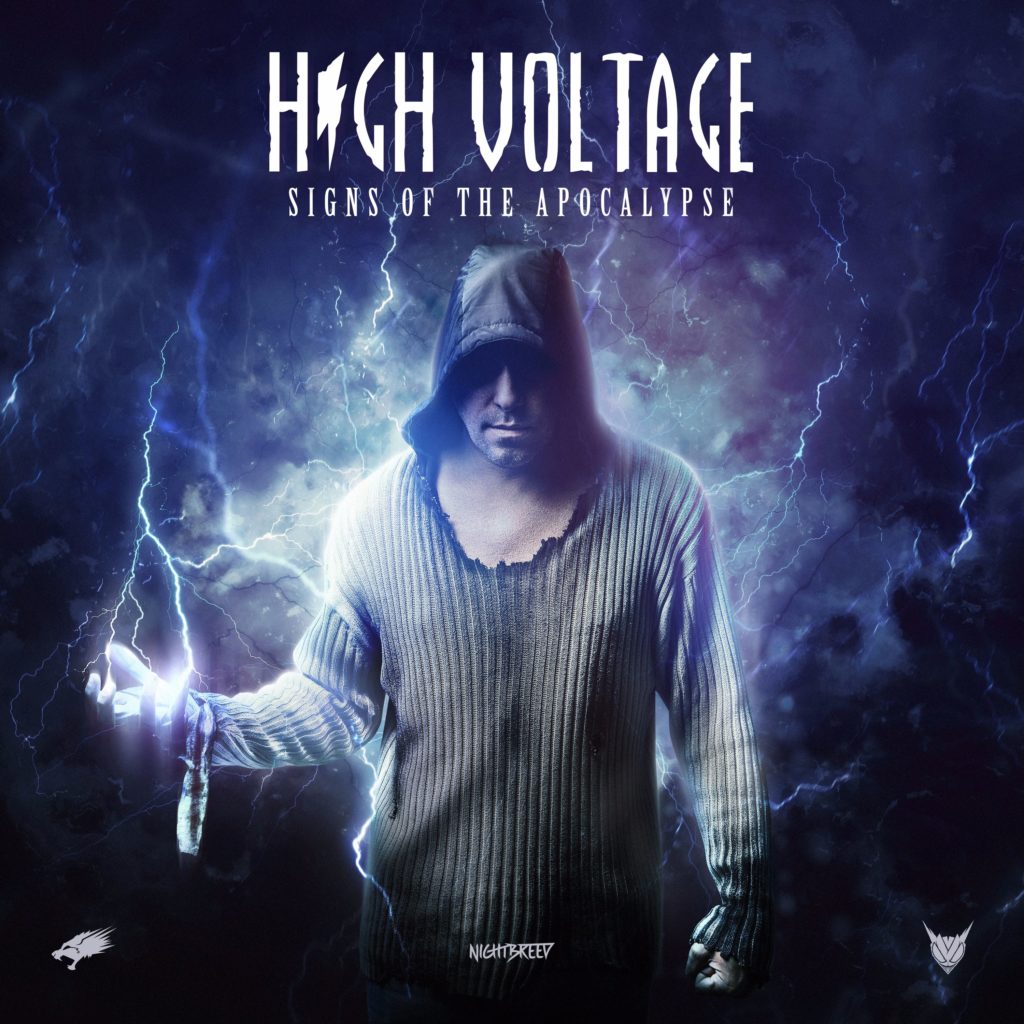 Now before we dive deeper into the album itself, I just want to dedicate a few words to High Voltage. Even though High Voltage might be one of the most underappreciated Hardstyle artists out there, I think we can all agree that Erwin manages to take R-A-W to the next level. In my opinion, his productions go deeper than the average raw-fanboys wet dream.

This guy does not produce music with the objective of starting a trend based on awkward arm movements (yes, I’m talking about you, Neroz). On the contrary, this guy delivers some high-end quality music that penetrates your skull and makes your ears bleed. His style is dark and aggressive, with industrial and experimental elements; varying between epic, atmospheric stories given form to more dancefloor oriented productions.

Ever since I witnessed his set at Loudness back in 2015, I knew that from that moment that I’d be stalking his social media to ensure I’d never miss any sneak preview, release, or recording. Tracks like ‘The 4th Kind’ with B-Front, ‘Death is Coming’ with Titan, and ‘Death Awaits’ with Crypsis made me realise that High Voltage always managed to get the rawest and darkest out of the producer he collaborates with. This was a very exciting observation, since I’m a sucka for the dark, epic side of Hardstyle.

When the news came that High Voltage would release his own album, I literally jumped up with joy. I became even more excited when I learnt the album’s title, namely ‘Signs of the Apocalypse’. EPIC OVERLOAD. I mean, just the album title alone… But enough butt-kissing (sorry Erwin), let’s review some of my favourite tracks of the album.

Even though this track had already been released earlier, I’m happy it is part of the album. Why is this track the first I mention, may you ask? The vocals aren’t really epic and a dark atmosphere hasn’t been the focal point of the tune. However, I just can’t seem to grow tired of it. It has some kind of swing in it, a groove that just instantly makes me want to jump up and down from left to right and smash the replay button. The energy!

Hell yeah! THIS is Hardstyle to me. After their (imo) very successful first collab, ‘Karate Kidz,’ High Voltage & Bass Chaserz come with another smashing tune. The first time I listened to and heard the female voice in the background, I already knew that I was going to love this track. Those vocals instantly send shivers up my skin. The atmosphere is so dark it almost feels like I have been thrown in the deepest pit of the sea, engulfed in darkness and hard to breathe. Love it! 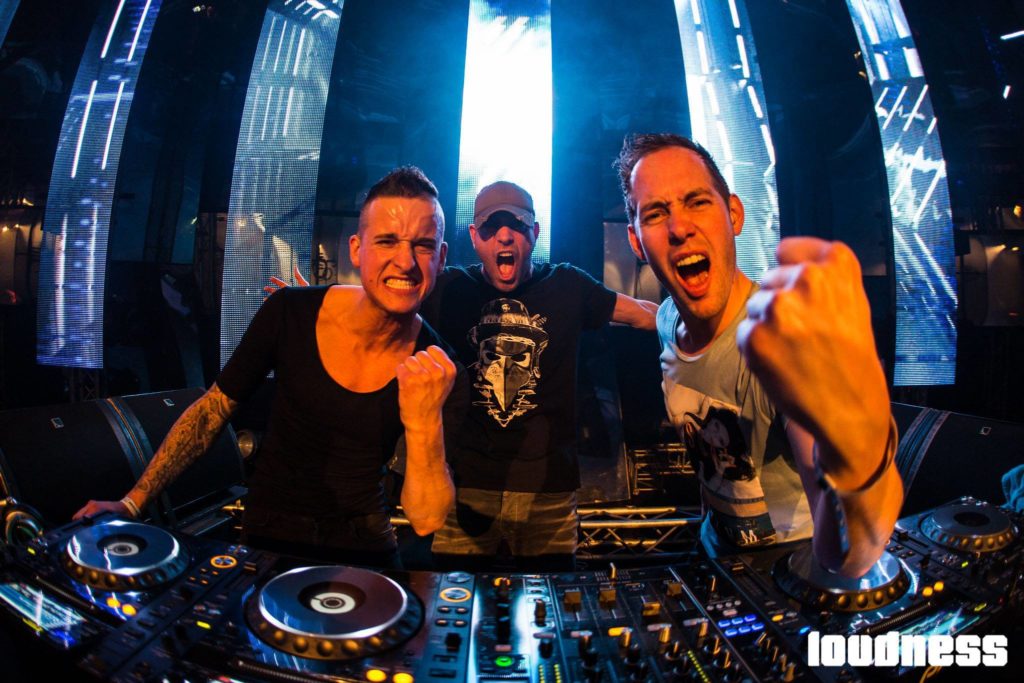 Wauw. Just Wauw. What a banger. Those phat kicks combined with piercing screeches. Those vocals. As if you are on a spaceship currently in a state of emergency, about to engage in combat with extra-terrestrial invaders. I can just see people running in panic while a red alert is screaming in the background. To be honest, this track terrifies me. And when a production can invoke such a strong reaction, then you know for sure that it’s a masterpiece.

Even though I do not identify myself as a Radical Fanboy (I know, shame on me, right?), I’ve gotta admit: what – a – tune. I love the whole atmosphere, the demanding vocals, the enriched high frequencies combined with those deep kicks. I even dare to go as far as to say that this song is divine judgement materialised into sound. This is some Raw Hardstyle goodness right here. Hallelujah!

As a big Anime fan, I just had to add this this track to the list. Even though I’m not hundred percent sure (Japanese is unfortunately not in my vocabulary), I think I heard some quotes from the series Fate Stay/Night: Unlimited Bladeworks, which came as a welcoming and awesome surprise. And then there is the track itself, dark and with an industrial feeling to it, with a highly energetic melody to top it off.

Even though I like the original more, I think that Degos & Re-Done did an outstanding job on remixing this tune. They definitely managed to add more drive to it, as the energy is literally radiating from this remix. To me, it seems like Degos & Re-Done made the decision to trade in some of the atmospheric elements of the original for more dancefloor oriented aspects, which isn’t necessarily a bad thing. Be warned though, death is coming – to your monitor speakers, as the punch on the kicks honestly made me worry for my cheap-ass car sound system for a moment. 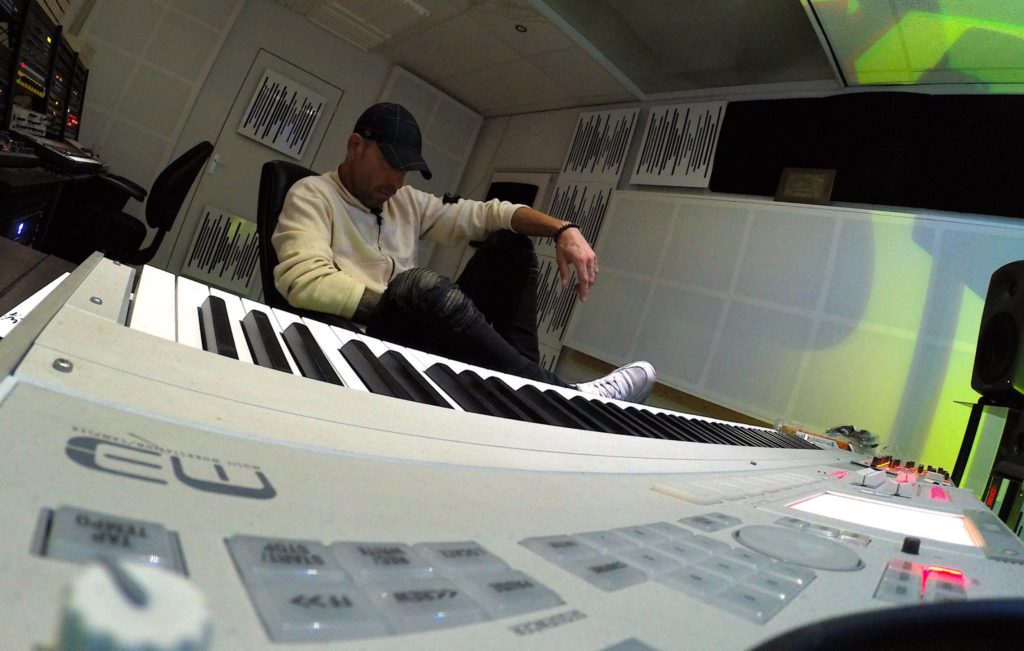 All in all and as you can see, I really enjoyed the whole listening experience of ‘Signs of The Apocalypse.’ Again, High Voltage, I’d like to congratulate you on this outstanding piece of work – it’s a true achievement and although it took a little longer than expected, the result was worth the wait!

For those who haven’t checked out the album yet, you can do so HERE.