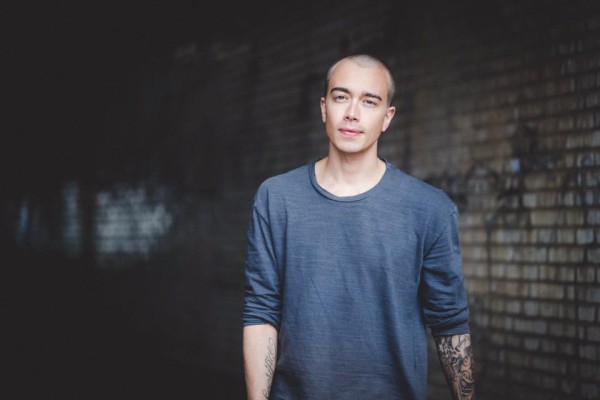 Just yesterday, Dutch media platform Partyscene did an interview with one of the most talked-about artists of the moment, Headhunterz. Seeing as the interview was conducted in Dutch, we decided to translate it for all of our English readers!

For those who haven’t yet seen the video, you can check it out below:

Translation to English (we did our best)

– Willem, how are you doing?
Better than ever.

– Yes. As we can all see, you’ve shaved your head again!
Well, this interview is going online later, so I’ll wear my hat today deliberately, I want the premiere ha-ha!

– Starting your career off in the Hardstyle scene, what has been the best thing about it?
I only started realising it after I stopped producing within the harder styles, but the ‘community’ in that scene is like nothing else. I’m happy that on that moment a whole new world opened in front of me, like in the studio when I was working on new music. A family that is united as one is only found in the Hardstyle scene, nowhere else…

– I have to say that you are doing very well in the dance scene, but why did you make the switch over to this scene?
I wasn’t ready to say “Okay, this is it.” I’m too curious and want to have new challenges. I had the feeling that within my Hardstyle career I’d conquered everything already; both in the studio and every year with the same gigs. My biggest passion is learning and with new challenges I decided to walk upon a new path.

-Where there negative reactions when you had make that decision?
Yeah, and that’s a mountain I’m still climbing… You get all of the shit on you and people have a lot of opinions about everything you’re doing and also make a lot of assumptions… For me, it was a big challenge to handle that, however the best thing I can do is see it all as a lesson and accept that there’s always people who will think negatively about you. I know that my intentions are good, so for me that’s the most important thing…

-You are very busy, but do you still have time for yourself?
I’m very happy for the chance to get this career and I’m really enjoying it, but I realise every day that there is more to life like family, love and living. I want to live when it’s time; now in the summer that’s really hard, but I believe that balance is very important.

-Can you tell me the best thing of your career?
Defqon.1 legends! Yeah, I want to go back to that moment… There was you, out of nowhere on the Red stage.

– Can you tell me more about that moment?
Yes, they asked me to play as one of the Defqon.1 Legends and at first I wasn’t so sure about it. I want to leave the image of ‘only Hardstyle’ and that worked out really well, but online there always will be people screaming and that’s not always nice to see. On the other hand I had such a nice time out there and have so many beautiful memories with Q-dance. This year they asked me again and I was like “Okay, fuck it, I’m gonna do it!” And all the people were so surpised! There were speculations, but the people didn’t really expect it to happen – and then something happened that I could never imagine. I was standing there and saw boys breaking down into tears; I just can’t accept that I’ve done something that’s touched people so deeply… I’m so thankful for it. I have to be honest, after that moment I live in one big euphoric bubble and I’m still not out of it!

– In more news, you’ve recently made a track with KSHMR! Really banging track as well! Can you tell me how the idea came about?
I was in LA in my hotel room just making some melodies, and at some point I had a synth with a bit of an Indian touch. And I was not getting out with the drop and stuff, so my manager was like KHSMR: so cool! I’m a really big fan of his sound, so I just send the project over and didn’t expect much, however I then received an e-mail back with “well, and I’m a fan of your sound!” We’d never spoken to each other previously and I didn’t even anticipate that he knew who I was! He came out with four different ideas and I picked this one out, then we went to LA to a studio to finish it together. I’m really interested in the Indian culture and it has fascinated me for about seven years, which is the reason why I set up this idea.

– Are there any more interesting collaborations coming?
Yes!! There are closer to your imagination than you think! I’ve got something coming up with somebody I’ve recently worked with, ha-ha!

– In a recent letter by you, you stated “until we meet again.” Does this have anything to do with pursuing Hardstyle again in the future? Or is it a closed chapter?
Well, you know what it is? When you have an experience like that, you can never say never. I’m so thankful for that moment at Defqon.1, but let’s keep it special and we shall see… 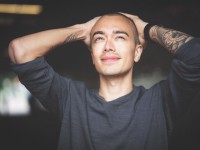 The euphoric state about the return of a ‘Legend’ – We are all hypocrites
July 5, 2016