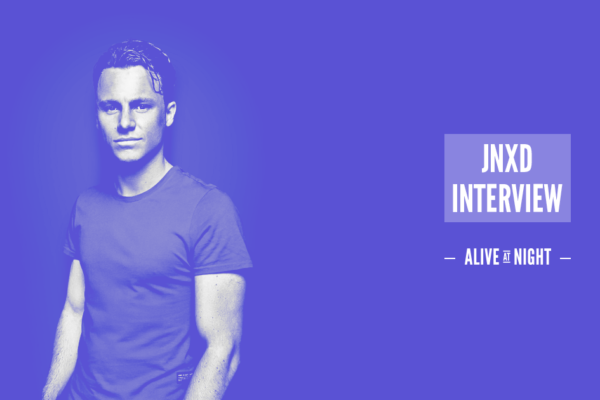 After hinting at some serious firepower in the studio, JNXD has no shortage of exclusive tracks for his biggest festival season to date. With a slew of bookings, including his first overseas gig, Alexander is ready to unleash his unique sound and take the Hardstyle world by storm. His latest release, “Undefeated,” is a passion-ridden track that exemplifies the fact that the path success does not come without trial and tribulation.

In this interview we flesh out some of the challenges JNXD has faced as an upcoming producer, his highlights as an artist and his plans for the future!

– JNXD! Thanks for joining us here at Alive at Night! First of all, congratulations on a stellar 2016!

Thanks a lot for having me!

– First of all, you’ve been posting some hints on your social media channels… Do we have a potential album in our midst?

It is certain that within a very short amount of time JNXD will bring something special to the table. Whether that is an album, a new concept or live act is remained to be seen ;).

– Your latest release “Undefeated” is a hard-hitting testimony to your devotion to Hardstyle. What was your inspiration behind this track?

To be honest, the past six months have been hard for me. I’ve had to go through some personal difficulties which made it more difficult to be creative, however, with that said I never gave up. I found my path and have never been so positive and productive in my life! “Undefeated” was an unfinished song, along with a lot of other tracks, but because of its special, devoted feeling, I felt like it was the right time for me to give it a stage!

– You have played at some huge parties this festival season; including twice at Defqon.1, on the mainstage at Emporium festival together with Noiseshock and coming up you’ll be playing your first international set at Colourfest in Glasgow. Did you work on anything/are you working on anything special for these events?

I had a number of tracks which I was waiting to bring to light, but I was waiting for the right moment. These songs are all really special to me and to be able to play them at Defqon.1 and receive such a good response was something I will never forget.

– What’s one country you’d love for your music to take you?

I would love to perform in Mexico and Chile; their Hard Dance scene is full of really passionate and dedicated fans! And when the time comes Japan wouldn’t be bad to play in either. 🙂

I really like a cold beer on a sunny day and a strong ale when winter is coming. But most of all I really enjoy a nice glass of red wine. I wouldn’t say I’m an alcoholic, but I’m currently downing a bottle while typing this, haha!

– You are developing a truly unique ‘headliner’ sound; what do you think the headliner sound will be like in the coming years?

Thanks! I think we are getting back to the so-called ‘golden years of Hardstyle’. Harmony between the quality and diversity of today and the power and presence of kicks. That style really suits me and I think that is what Hardstyle is all about. Somewhere along the road it was forgotten that Hardstyle was already ‘hard’. But I believe that only good can come from evolution; isn’t that how music gets from nowhere to somewhere in the first place? Sometimes we need to go two steps ahead in order to realise what we really want.

– What has been your best memory as a Scantraxx artist?

It is hard to choose one. One of the best moments for me occurred not so long ago, specifically right before my first track “That’s How It Is” was about to be a released on Scantraxx. Matthijs (the manager of Scantraxx) sent a promo mail to Wildstylez right before Q-BASE. I was partying in the crowd that night when all of a sudden my track was pumping at the mainstage. As a producer this was an unbelievable moment to experience. I also recently found out he still plays it… Good times!

– Growing up as a young JNXD who was your biggest inspiration?

I won’t be very original on this one, but mine’s Noisecontrollers for sure. He will always be the number 1 for me.

– The Scantraxx producers camp was held in January this year, which saw a ton of collabs underway. Are any of these collabs coming up soon?

Yes, there are a lot of collabs planned which I haven’t spoken much of, however what I can tell you is that there’s one with Devin Wild and another with Sub Zero Project that are in the works!

– DJ The Prophet is seen as somewhat of a father figure for the younger Scantraxx producers. How has he helped you on your journey thus far?

Dov is an extremely special person. Aside from the fact he’s the head honcho of the label, he is always open minded and helpful. His perspective has helped me immensely and for that I am very grateful. It is awesome to have people like Dov around you when you are growing as an artist.

– I know that all artists begin their tracks differently, but what process do you use to start a song?

Many artists have a formula which they stick to when producing, however my creativity comes in all different forms and the way I approach music keeps evolving over time.

The process of starting a track may take many attempts, but for me it usually starts with inspiration from epic cinematic soundtracks. When the idea is there it always takes some time to get it how I want. In saying that, it’s like a puzzle; when enough pieces are put together the rest just falls into place!

– I think a lot of young producers would love to know, what are your favourite plugins and why?

My all-time favourite plugin is, without a doubt, the Oxford Inflator. You can really push things without getting too much of a distorted sound. It’s a soft clipper but is commonly used as a compressor/limiter.

– What have been some of the challenges you had to overcome as an upcoming producer?

What I get stuck on most of the time and only overcame just recently, is the illusion you create something that sounds not good enough. It is good to have a reference point, but you can’t expect to be an A+ mix engineer in your bedroom when you have only been producing for a few years. I have realised this, so now I only work on stuff when my creativity level is high.

A tip for young producers: Take more breaks and make the productive minutes count instead of forcing your way in! Also, when something does sound bad in the beginning, leave it alone. I have wasted countless hours on forcing things that just simply weren’t worth the effort… 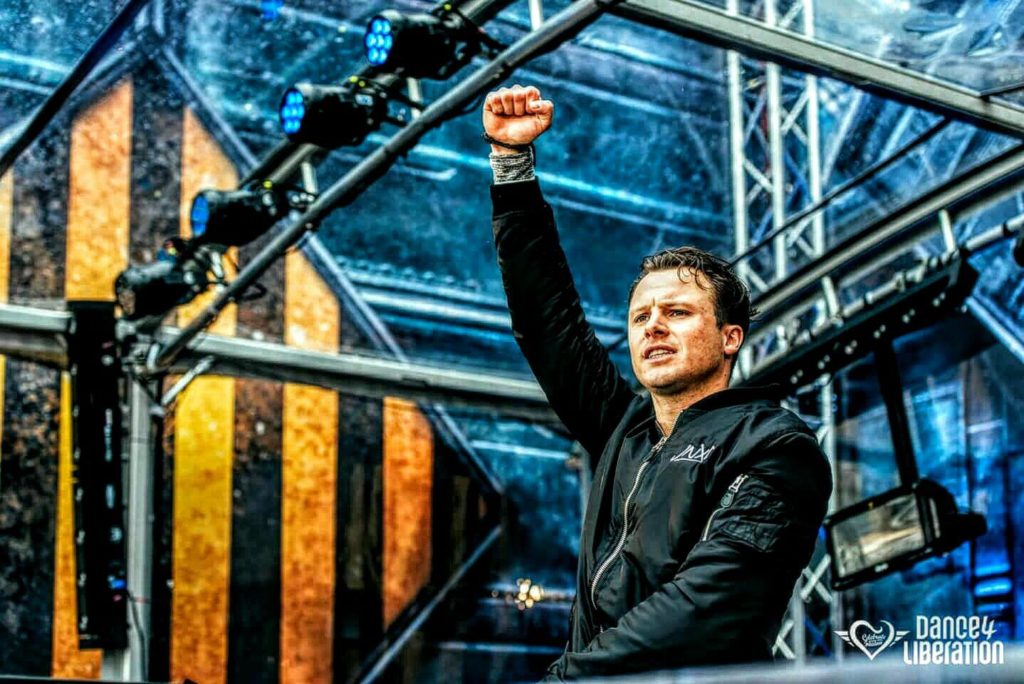 – What have been the most important moments of your career thus far?

The support I get for my music from some of the bigger artists in the scene is important to me personally. It helps me reflect on myself and my work, especially when I think something is not good enough. Being a perfectionist doesn’t make it easy to consistently release tracks, haha.

Where do you see yourself in 5 years’ time?

As things are starting to speed up now I really have no clue where my music will take me. Some time ago I would never have imagined that I would be a part of so many events this summer. It is one of my biggest goals to perform in the mighty Gelredome (Qlimax/Hardbass) or the Defqon.1 Red Stage one day. So I hope you’ll see me there within 5 years :).

– What did you have for breakfast this morning?

I forgot to eat this morning, haha! I ran off to the studio in my pyjamas and ate everything I needed to eat for the day around 5 o’clock.

A big thanks to JNXD for this interview! We at AAN wish him the very best with his summer plans and hope to see him continuing to kick ASS on the big stages! To stay up to date with all things JNXD, be sure to hit him up at the social media links below.