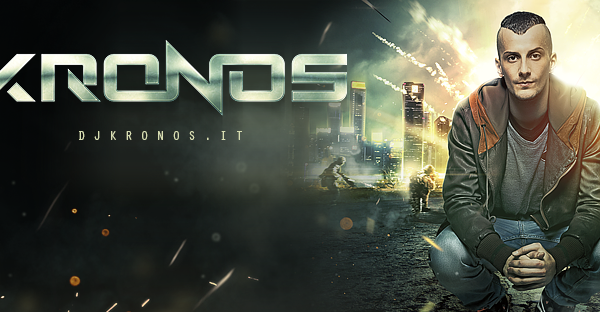 He’s young, he’s got fuckloads of talent and he’s Italian! Ladies and gentlemen, may I present to you, the one and only Kronos! The man behind the music, Jacopo Mariotti has been pursing his signature sound for many years and after releasing some killer tracks earlier in his career such as “Kaboom,” “Level 1” with Drone and “Go To Hell!,” pioneer and owner of Unite Records, Zatox, took a huge interest in Kronos’ style, resulting in him joining his tours worldwide and collaborations including “Fuck The System.” We had the honour to catch up with Kronos to have a chat about touring and working with Zatox, his rough, yet accessible sound and of course, his recent hit “Maddafakka Maddafakka.”

– Hi Jacopo, how are you going today?
Ciao a tutti! I’m pretty good thank you! 🙂

– Let’s get down to the music! So your sound is quite raw, yet still accessible – is this something that you aim for?
For the past two years, I’ve been trying to make a kind of style that could be appreciated by both sides, regular and raw. However, people always tell me that they prefer my “dark” side, so actually at the moment I’m only making rawstyle tracks these days.

– You’ve performed in both The Netherlands and Italy, what are some of the differences between the crowds in these countries?
I love to perform in both Holland and Italy. In Holland you can find the best festivals and parties in the world for sure and I’m always so excited to play there. In Italy, the parties are smaller but it’s always such an energetic crowd, especially in the north.

– Can you tell me about your first ever performance? (Describe if you were nervous, excited, if anything funny happened during it)
My first performance was at Defqon.1 2012, when I played at the purple stage as Jajox, my old alias. I was so excited and nervous at the same time and on top of that I was sick as well! A few days before the Saturday, I woke up with the flu and a 39 degree fever… But I went, it was hard but still one of the best days in my life! I even got a tattoo to celebrate that day.

– In your opinion, what was your breakthrough track?
Umm, nice question… My first breakthrough track was, without any doubts “Satana,” which I made 3 years ago together with the Italian master Activator. After I changed my name, I did a lot of tracks which I thought had potential to grow but I think my first real breakthrough has come this year: “Boombaby!”

– You’ve had a lot of support from Zatox in the past year, how is it to have your idol have so much faith in you?
It’s incredible of course! Still unbelievable for me to have the chance to work with him.
I worked so hard to become a part of his label Unite Records, and his support really motivates me to try my best everyday. 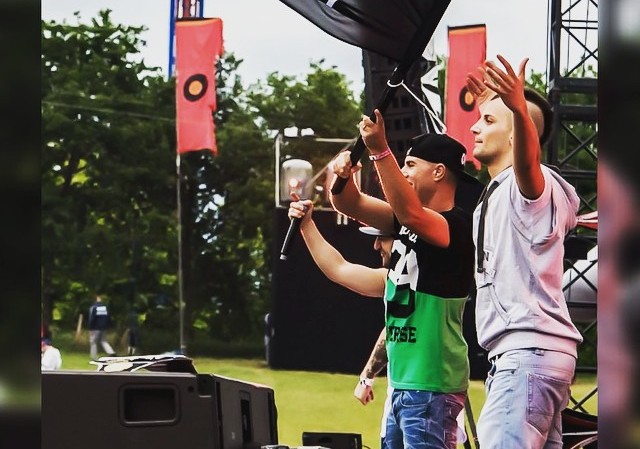 – What is it like working in the studio with him and touring with him?
Of course after 3 years we have quite a friendly relationship. It’s always so funny touring with him. *laughs* In these situations, I always play after him and it’s really hard because his sets are very powerful and his tracks are so loved by the crowd. When I work with him in his studio, I still feel like a kid at school, I’m learning so much all the time!

– You also recently collaborated with Outbreak for two tracks – how was it working with him and how did the tracks turn out?
I love that guy! When he came here to Italy, we worked on our first collab in 2 days, only taking breaks to sleep and eat loads of pizza and pasta! The first track called “Click Clack” is a sort of “euphoric raw” atmospheric bomb and it will be released on WE R! After we finished it we decided to start a new one with a rougher edge to it called “Wake Up,” which was released on August 25th at Unite Records. It was so much fun working with JP, he’s a cool guy and I hope we can do something new again soon!

– I want to talk about your track ‘Maddafakka Maddafakka’ – what was the inspiration/storyline behind this track?
I was expecting this question! *laughs* Well, I woke up one morning, thinking about how many raw hardstyle tracks have the word “motherfucker” in them so I did a funny clip on my Facebook page writing “This is what every fucking rawstyle producer is doing nowadays,” where I’m thinking about what “different vocal” I can use for a new track. So then I just get the idea to use the infamous word twice to make it more original! *laughs* “Maddafaka Maddafaka” was a joke at first but it actually resulted in a full track.

– What is one sentence in Italian that every foreigner should know?
*laughs* I don’t know! Maybe: “Viva la fica” 😉

– My favourite track of yours is an old one, “Kaboom!” Can you tell me a little bit more about the track and where you got the vocals from?
Kaboom is still one of my favourites too! It’s part of my debut EP as Kronos which was released on Unite Records. I made two more euphoric tracks before that, “Warrior” and “Pandemonio,” so I decided to make a harder track and “Kaboom” was just perfect to complete that release. I’m really grateful for the support it received!

– In your opinion, how does your music stand out from other raw artists?
I sincerely don’t know… I only try to mark my tracks with my own kind of style and if you can recognize it among different artists styles then it means I have succeeded! Within my tracks I really enjoy using typical gaming sounds in order to make them unique. I’m a video-game lover!

– What is the best thing about living in Italy?
Well, I love this country… Everything here is beautiful. Food is the best thing without a doubt. The weather is good as well, mountains, seas… Yeah… It’s obvious that I love Italy!

– Would you ever relocate to The Netherlands?
Yeah, absolutely. I want move to Holland before the end of this year if is possible… The idea could be in Eindhoven. By the way, if you know of a comfortable house to rent, let’s talk prices! *laughs* 😉

– Growing up producing music, were your parents supportive towards your career goals?
Initially it was really, really hard explain to my parents that this music was part of my life and that I wanted to make it a job. I failed at school so many times! My only thought was to go to home as fast as possible to work in my beloved Cubase. Nowadays they are actually my number 1 fans though!

– You also got a new image lately – what kind of look and feel were you going for with your new artwork/photos?
I just needed to get new artwork and photos, so I picked my favourite photo and suggested to Dokodemo (Niels van Hoeckel) to use some explosions, war and gaming related stuff for the artwork background! So that’s it! 🙂

– Finally, what did you eat for breakfast?
Umm… I ate yogurt with cornflakes and also a cup of lemon tea with some cookies. 😛

Thank you so much for this interview and I hope to see you all very soon! Ciao ciao! 🙂

Thanks for chatting with us Kronos! We wish you all the very best with your house hunting in Eindhoven! We hope to catch one of your sets very soon and can’t wait to hear all of your upcoming productions! For more exclusive raw content, keep an eye on our page and enjoy ‘raw week’! 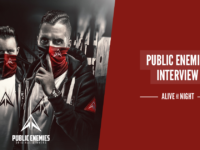 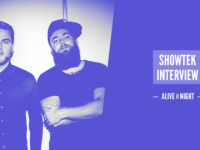