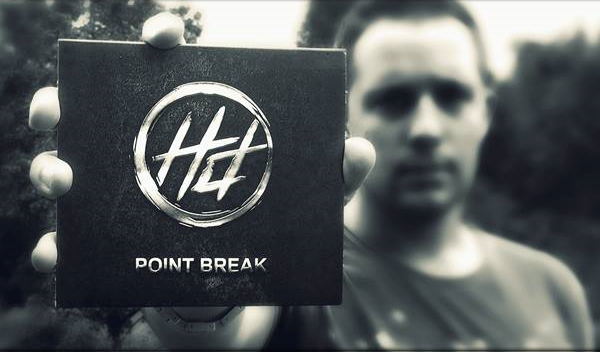 Having transformed himself from the young “mystery talent behind the helmet” to one of Dirty Workz most valuable assets, Hard Driver evidently proved his musical ability, seeing his productions go from strength to completely out-of-this-world. One year after the act Hard Driver burst into the scene, he revealed his identity to the public eye and although the helmet was gone, this was definitely not the last that we heard about him. In recent times, the helmet has disappeared and a it fresh, sophisticated individual emerged, undoubtedly creating waves in the world of hardstyle.

It is one thing to open the gates and climb the exigent ladder to enter the elite spaces of the hardstyle scene. However, it is definitely something special to climb that ladder and successfully reach such heights within only a few short years.
Hard Driver has done the deed, putting in the sleepless nights in the studio to perfect his sound and bringing his A-game to every performance. It is all well and good to have a remarkable stage presence and smash out some flawless productions, but what happens next?
An album.

What better way is there than to showcase ones personal vision and boundless love for music than handcrafting an album?
So here I introduce Hard Drivers first solo album “Point Break.”

Released on Dirty Workz on the 10th of October, 2014, this album has already generated overwhelmingly positive responses from other fellow producers showing their support of the tracks, showcasing them on various podcasts and playing them in DJ sets. However, most importantly, for all lovers of hardstyle, Christmas definitely came a few months early!

In terms of the production of Point Break, Hard Drivers addictively energetic and powerful signature sound has the ability to tear down a whole street of houses, generate swirling hurricanes and most relevantly, keep you party people on the dance floor for hours on end.
Extending on the previous comment, I would like to take you all on a slightly more elaborate journey through this game-changing album and its secrets.

To kick off Point Break are two tracks that we have definitely heard floating around the celebrations of the recently-concluded Summer festival season. The first track on the album, “#WUT” is one track that strikes up the perfect balance between standing amongst a vibrant crowd with your arms stretched out wide and a smile plastered across your face, yet not lacking the uncontrollable need to dance to the powerful beats. Not wanting to throw in the word “euphoric,” I can definitely say that this track packs a “feel-good” atmosphere and is definitely one hell of a track to begin the journey of Point Break.

Next, we build up…
Keep building…
Keep building, until… “Everything switch, stops and unlocks When my fucking bass drops!”
And then there is an explosion…
Bassdrops is also one track that has been tearing a new one in crowds throughout the Summer and is expected to do exactly the same this coming Winter. Offering powerful kicks and an atmosphere that resembles a brewing thunderstorm, I think it’s safe to say that Hard Driver has hit the nail on the head with this one.

Track #4 on Point Break “Razor,” was (to me) another standout on the album. It reminds me a little of the subdued and mysterious darkness of the night time which conveniently corresponds to the upcoming array of indoor events. I cannot wait to hear this one live, accompanied with the sensory excitement of a production. As a direct follow on from Razor, the next track “Cannibal” instantly made sense and the transition between the two tracks fit perfectly, as if Razor was almost an introductory track, setting the atmosphere for Cannibal.

Track number 6, “Instigator” feat. Diesel didn’t fall short of being yet another stand out on the album, demonstrating Hard Drivers knack for producing with a range of elements that are traditionally used in other genres. Although there are some “trap” inspired elements utilized, this track does not lack quality and drive (and to be completely honest, it makes me want to go for a very long run).

Point Break wouldn’t be a home grown Dirty Workz album if it didn’t involve the pioneer of DWX himself, Coone. So what happens when Coone and Hard Driver join forces? Magic, an individual quirk and an appreciation for Nike Air Maxes. Bringing in MC heavyweight E-Life to provide that relentless “I don’t give a fuck” attitude to the table, this track certainly has charm and an ability to make me want to throw my Air Maxes on and dance. I first heard “Swoosh Fever” being played at Sunset Festival last month and although it was one of the first times that the track had some playing time, it evidently blew the crowd into the next dimension and that is what a flawless track should have the ability to do…

“This next song, it will probably not get a lot of ravers dancing, but I’m pretty sure, will get your ears open. So get ready and let’s go…”
Now this is what I’m talking about! For those who have a closed mind (and a foot up their ass), you can forget about listening to number 10 on the album, “Ears Open”. This track brings versatility and experimentalism, yet surrounding the listener with an intense atmosphere and suitability for private listening. It is pleasing to hear the balance between tracks that can be integrated into a performance, yet also tracks that showcase Hard Driver’s sophisticated musical perspective. “Nothing At All,” can also be classed as a track that is suitable for private listening and appreciation, yet has the dual ability to also get those feet pounding on the dance-floor. Reminding me of a incoming thunderstorm, seeing civilians fleeing for cover, this track swirls up a positively overwhelming intensity that has the ability to emotionally evoke listeners.

The journey takes another turn somewhere around track number 14 as we “Crank It Up” once again. Evidently this is the stand-out track for myself and also my personal favourite from the album. Why is that? Because it literally takes you on a journey! The atmosphere begins mysterious and symphonic with the sole violin, gradually building up until we reach a point of no return. The drop is something especially special with the utilization of the beloved “screech,” which refreshingly follows a completely different course from the traditional and repetitive pattern of screeches demonstrated in most “raw” tracks. I especially love the violin in this one and that melody has the ability to loop around my mind for hours on end. The second drop has that powerful punch to end the track on a high and also introduce us to the next track “Pitch Black” with Frequencerz.

The 16th and final track on Point Break “United From The Start” with Radical Redemption is undoubtedly one track to blow the experience up in one hell of an explosion. Demonstrating Hard Driver’s ability to pack an evidently darker sound in, this highly powerful collab is one that is sure to make crowds go absolutely crazy. Also ending the album on the most powerful of notes, these final few minutes take us on that final journey into the underworld…

All in all, this album is the full package and I can predict that it’s going to be a game changer in terms of other producers striving to achieve a similar level of quality in future productions. As for Hard Driver, from the promising sounds on this album and the sophisticated design and artwork, I can only ask, who thinks that he can top this?