Geck-o drops an intense and artistic video-clip for “Tripper” 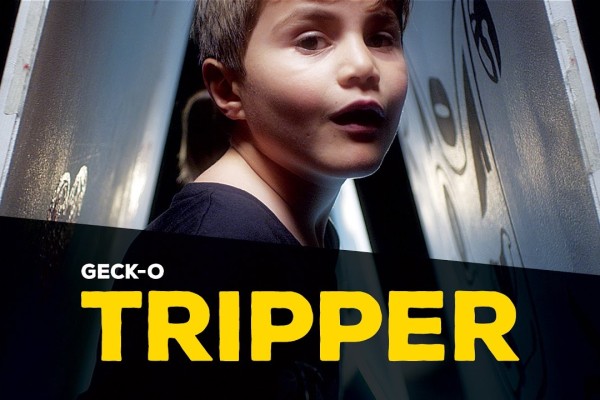 Geck-o drops an intense and artistic video-clip for “Tripper”

We all very well know by now that Rik van Dam, aka Geck-o has never been a conventional Hard Dance artists. Different from the rest, Geck-o’s undeniable creativity may have a little something to do with being a Gemini, however despite Hardstyle fans’ tendencies to think in genres, he continues to stay true to being an individual and his latest video clip for “Tripper” is no exception to the rule.

Earlier this year, Geck-o announced a crowd-funding scheme for “Tripper” and after passing the goal with flying colours, the team were able to get started on the clip. Aiming to re-create and pay tribute to famous trip scenes from movies such as Trainspotting, Pulp Fiction, Fear and Loathing in Las Vegas and more, this clip is based on unleashing your inner child through drugs.

Sounds pretty cool, right? The concept was enticing, but did they execute it…?

Written and directed by Wiebe van den Ende and produced by P’tites Madeleines Productions, the clip is not something you’d expect from a Hard Dance artist. The vast majority of videoclips from Hard Dance artists are nothing more than a couple of dudes fist-pumping on stage and shots of the crowd going crazy. Harsh yet true, but our scene is not known for creating innovative or interesting videoclips… Until now.

I had a smile plastered on my face whilst watching the “Tripper” clip; it was a breath of fresh air to experience something so artistic that had so much effort behind it. I really loved the story line of the video, and not to mention, the fact that there was actually a story line!

For those who haven’t yet watched “Tripper,” I suggest you get on it, because it’s an experience in itself!

Geck-o’s album ‘Alien Sound System’ is on the horizon; and it’s coming out on vinyl! Order HERE. For those who are just here to party, that’s also fine! You can find your spot on the dance-floor at The Funky Cat #3 on the 7th of October at P60 in Amstelveen.