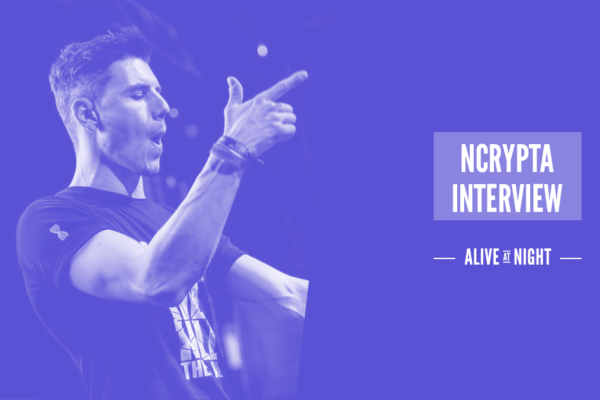 Rising from the shadows of the underground, Gearbox-signed Ncrypta is charging towards the summit of the raw scene with an unmatched arsenal of heavy kick drums and scintillating screeches. After cementing his sound in early 2016 with his breakthrough track “Exorcism,” Markus has been jumping from strength to strength by releasing a string of dance floor destroying tunes.

His latest EP, ‘PSYCHOSIS’ has set an unprecedented benchmark for creating cinematic and captivating music. PSYCHOSIS features two eerie and hard-hitting tracks that transport you to the “psychotic” and “twisted” world of Ncrypta’s influences.

In this interview we discuss his formation as an artist, his plans for the future and other interesting insights into our leader from the shadows, Ncrypta!

– Hey Ncrypta! Welcome to Alive at Night it’s great to have you here! First of all Ncrypta is quite a distinct name, can you tell us a little bit about where it came from?

Well, I had a job interview for an IT company and we had a good conversation. At the end of the interview, he told me that it was too hard to assess because I am kind of inscrutable. But since the job is decryption he found it quite ironic and decided he would employ me. So in essence, I was ENCRYPTED – since that day I’m unsure if he has managed to decrypt me or not. *laughing*

– So you recently played for your first time at Rebirth Festival, how was that?

Yeah, it was my very first time at Rebirth Festival and to be honest I am still overwhelmed with how much energy was shown. I am super happy with the response the crowd gave me during and after my set and I hope to play at Rebirth again next year!

– What other festival(s) are you most excited this festival season?

Well, there are more to come this season and I’m really looking forward to events such as Intents, Fatality – The Raw Outdoor Festival and so on. But ultimately Defqon.1 is the biggest honour to play at and I still can’t believe that Q-dance has given me the opportunity to make the crowd go crazy. This was my ultimate target when I started producing; once upon a time I dreamt of playing at Defqon.1 and now it’s becoming a reality! 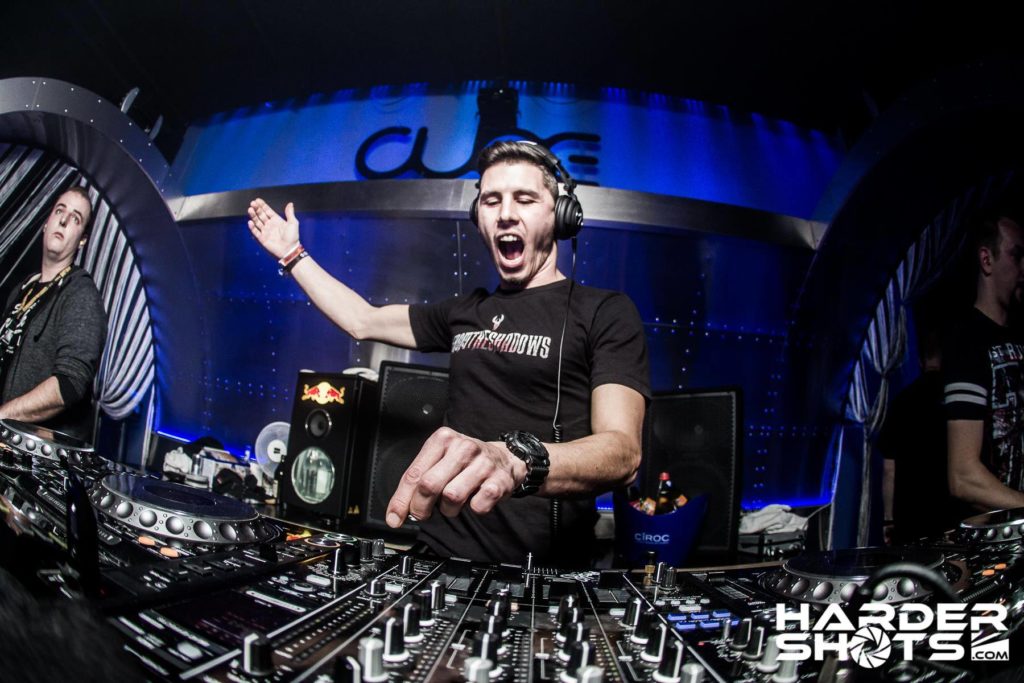 – You’re a part of the notorious Gearbox Records fam! What’s it like to be a part of a label with such a great family-feeling?

Well, like you mentioned – it’s like a family and we want to bring those fam-feelings to the crowd. Celebrating together as fans AND artists, close and hard as one. That’s what Hardstyle stands for and that’s also the notion I sometimes miss with big names; there’s such a distance between the DJ and the crowd which can make you feel too separated. Gearbox has decided to give some of that beloved fam-feeling back to the fans and I think it works well.

– Tell me about the craziest Gearbox party that’s ever gone down!

The craziest moment I ever had at a party was at ‘We Are Hardstyle.’ I was playing my collab with Luminite and spotted a flamethrower next to me – seeing as the drop was a few seconds away, I decided to grab it and head straight for the front! Drop the heat! But, the craziest is yet to come at Q4 this year! 😉

– Your sound design is mysterious, dark and of course brutal! Can you tell us what your favourite plug-in is and why!

I am really focussed on the atmosphere in a track, not on the kick at all.  Omnisphere is a powerful way to give a deep darkness to your track. So yeah, it’s Omnisphere.

– What made you want to start producing?

Back in the days I was in the army. I had been listening to Hardstyle for a couple of years and my biggest idol was, and still is, Ran-D. I thought the army was pretty boring and I was always focussed on music, so why shouldn’t I try producing? I just downloaded my first DAW, didn’t know anything about it and started to learning by doing.

– What was the most challenging thing you have had to overcome as a producer/DJ?

The most challenging thing was to produce a good kick from point zero. To be honest, kicks were my weakness back in the days, haha.

– What does a day in the life of Ncrypta like? 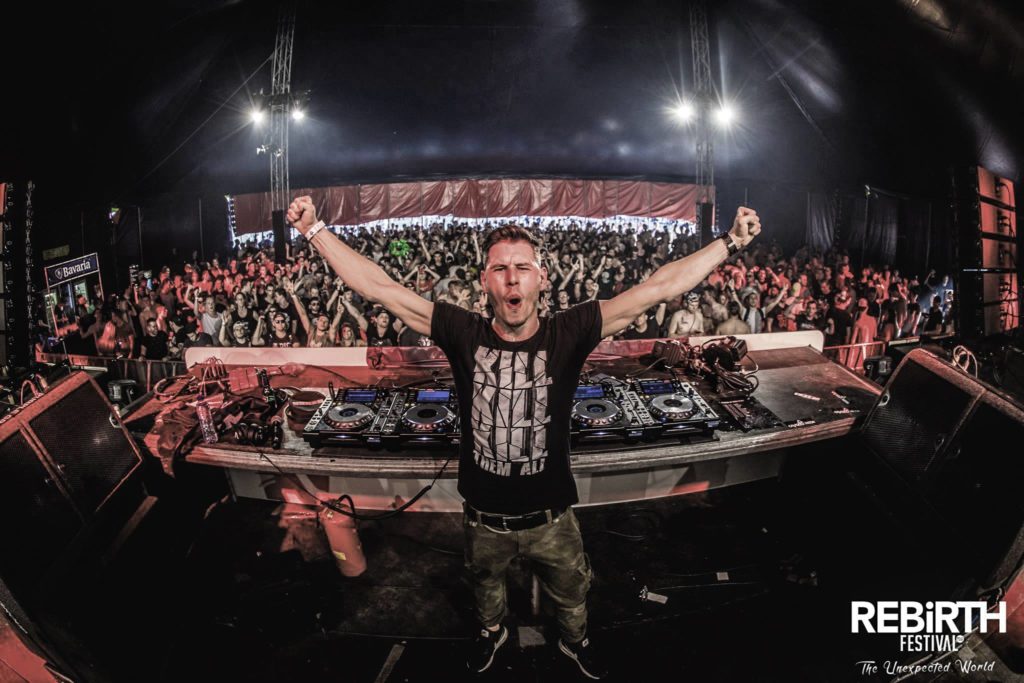 – What do you like to do in your spare time?

In my spare time I like to go out with my friends. I am also very interested in psychological things and love to read books and research papers.

– You’re notorious for having some of the hardest tracks around, what do you think about the people who say it’s “too hard”?

If it’s ‘too hard,’ then they are too soft, haha! No, seriously – my aim isn’t to have the hardest tracks, kicks or whatever. I just feel free to put all my inspiration in a track and produce a solid style. Sometimes I am hard, sometimes I am not that hard.  It all depends on my mood, haha.

– Where do you see the raw Hardstyle scene in 5 years?

I see the movement shifting to a completely different position. I foresee split-ups in several sub-genres, but I really hope it won’t be like this because Hardstyle as an entity should be one combined strength. I don’t mind if it’s ‘Raw’ or ‘normal’ Hardstyle.

– You’re latest EP ‘Psychosis’ just dropped last month, can you tell us what this project means to you?

‘Psychosis’ is based on a real brain-damaged style I wanted to bring to the scene. Combining quality build-ups and atmosphere, I tried to unite these elements with the typical hard ‘Gearbox’ style. I think it strikes up a good balance between ‘underground’ and ‘mainstyle’ Raw.

– This EP (along with your other tunes) has generated quite some hype. Why do you think that the general public has received your music so well at such an early stage in your career?

Well, I’m not particularly in the early stages of my career but yeah, personally I think my sound is quite unique. I’m aware that people are often complaining about some tracks sounding the same, or having a similar sound; with my own music I try to do my own thing and experiment without focussing on ‘fitting into the scene’. I just do what I do and always aim to create an emotionally-evoking story within my tracks. Maybe this is the key?

– Who was your biggest influence growing up as a young Ncrypta?

Production-wise, definitely Ran-D and Noisecontrollers. In Djing, Peter aka DJ Stormtrooper has been a mentor to me and also a good friend of mine for many years. He taught me some important things about mixing.

– Which country is on the top of your bucket list to perform in? (And why?)

Finland and Portugal for sure. I’ve heard that there are many Ncrypta supporters over there, so I really hope to play there in the future and bring them the shadows!

It depends on where I am. At home I’m mostly a wine guy.

I had a large breakfast today. Bacon, eggs, orange juice and a slice of bread with ham, cheese and salad.

Thanks for talking with us Ncrypta! Congratulations on an epic EP launch and all the best for the rest of the festival season! Be sure to grab your copy of ‘Exorcism 2.0’ and ‘Psychopathic’ while they’re hot! Also, check out his Soundcloud and other social media channels for some quality free releases and awesome merchandise! 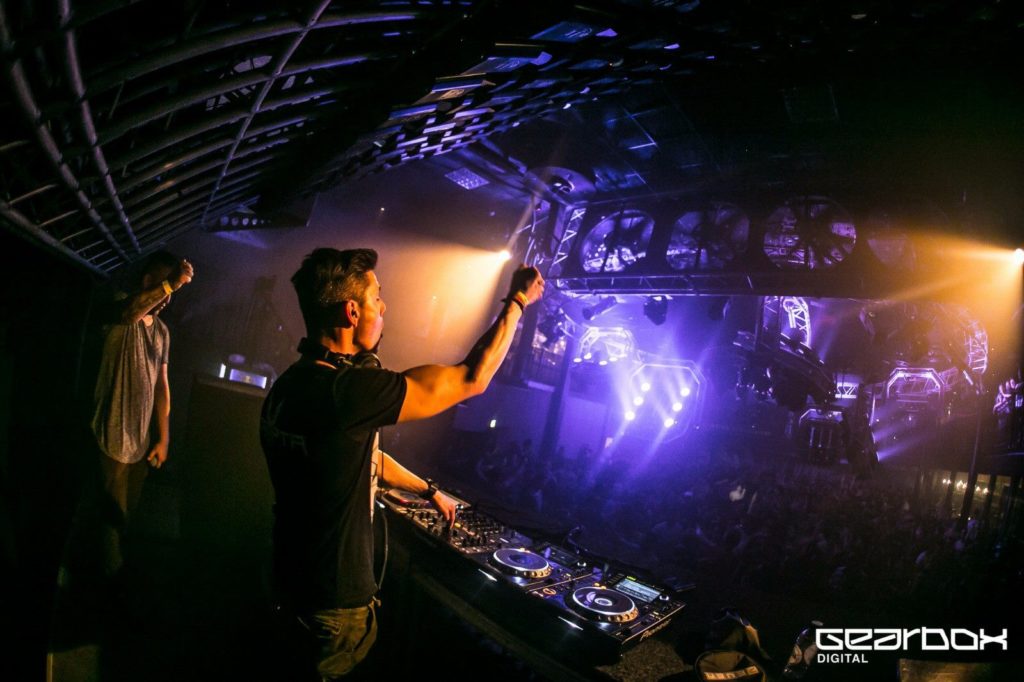 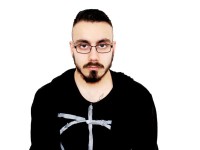 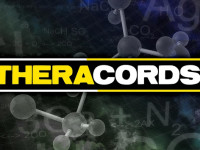