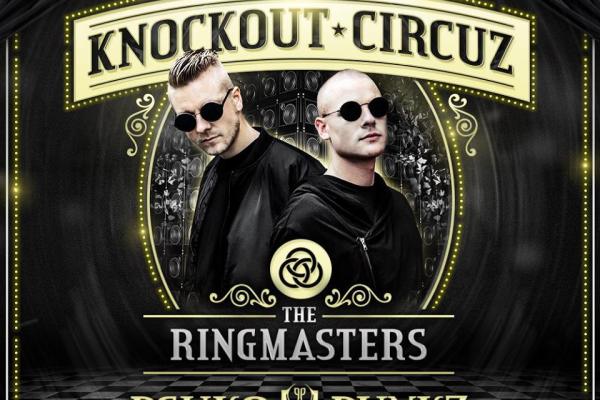 We Catch Up with Psyko Punkz to talk exclusively about HSU’s Psyko Circus.

“Raver’s return to Big Top once again to go wild at the circus!”

Article and interview by Madeleine Sheehan

Roll up, roll up, come on, come all. Brace yourselves to return to the Big Top once more because the circus is in town. You won’t believe your eyes as the spectacle that is Knockout Circuz unfolds before you.

Brought to you by the HSU crew, Knockout Circuz offers a formidable lineup featuring Psyko Punkz (The Ringmasters), Darren Styles (The Illusionist), D-Block & S-te-Fan (The Juggernauts), Mad Dog & Anime (The Firebreathers), Minus Militia (The Lion Tamers) and Chain Reaction vs Crypsis (The Jokers). Taking the stage as well is an equally impressive local lineup featuring the likes of Kid Finley (founder of HSU), Dillytek, The Strangerz, Inception, HSB, Kamikaze and Amber Savage. With such a solid and varied lineup, Knockout Circuz offers something for everyone.

Last time HSU put on a show, we were witnesses to a level of production that has really set the bar for Sydney’s rave scene. Not content with just maintaining this already impressive standard, HSU has promised ‘bigger and better’ for Knockout Circuz with state of the art production and sound. The venue, Luna Park Big Top, is fantastic located on Sydney harbour with two levels and different stages available, a spacious smoking area and no turndown period. 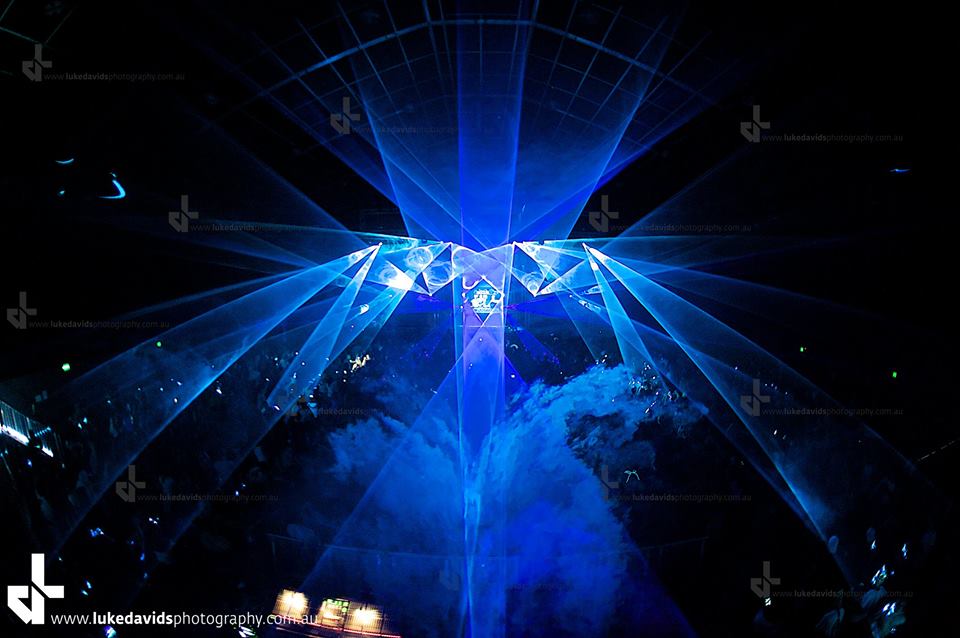 In a steadily growing rave scene, Pete Finley has really set a standard with his shows. The last event at Luna Park, Knockout, was one of the most talked about and well received events in recent times. Any raver should feel confident in the knowledge that they’re in good hands with the HSU crew.

It seems the scene knows this too with all tickets, especially VIP, having sold out quickly. If you managed to get your hands on a ticket, then buckle in and prepare yourself for the insane ride that will be Knockout Circuz. If you didn’t get a ticket…

Well, there is still salvation available. A sort of… Redemption.

If you’ve missed out on Knockout Circuz, then head on over to Masif Saturdays for the official after party where international rawstyle act Radical Redemption will be taking centrestage and tearing the club a new one. After party tickets are available from Moshtix.

As if Radical Redemption playing at the after party wasn’t exciting enough, HSU has also dropped another very exciting announcement: a return to the days of the overnight rave.

That’s right, Pete Finley and the rest of the HSU crew have heard the wishes of the Sydney rave scene and have announced that in April, they will be hosting a 6000+ capacity overnight rave. Further information will be given tomorrow night at Knockout Circuz, so stayed tuned on the night or if you’re sitting this one out, keep an eye on the Official HSU Facebook page.

Timetable for the event has been released and is available online. We suggest you get there early, before 6:15, as we hear the HSU Production Team has something BIG in store for us!!

In the lead up to Knockout Circuz, we caught up with headliners Psyko Punkz for an exclusive interview where they talk careers, hardstyle and HSU Events. Get excited and see what the boys had to say:

What would you consider some of the defining characteristics of the Psyko Punkz sound?

Wietse: Euphoric with a raw edge and cool, catchy vocals.

Is it hard to stay true to yourselves artistically, but still develop and adapt to a constantly changing scene and genre of music?

Being a fan of your work, one thing I’ve really noticed is how your sound has changed over your careers. Collaborations with not just other hardstyle artists, but also bootlegs and remixes of hip hop and big room tracks have really shown the variety in your discography. How do you guys decide on what direction you want to go next?

Sven: We just go with the flow.

Wietse: We just go with the flow, and see what happens. We really like hip hop music, that’s why we like to work with hip hop artists and make bootlegs of hip hop artists.

Sven: It’s also good to make the music a little more recognisable to the rest of the world who don’t know hardstyle, with music they do know.

Wietse: Yeah for instance the remix we did for Hardwell ‘Arcadia’. It was a good step and we made our own version of it.

2014 has been a big year for hardstyle. What has been the standout track for you guys?

Wietse: Our favourite 2014 track would be for sure Hardwell & Joey Dale feat. Luciana – Arcadia (Psyko Punkz Remix), we really like that tune.

Sven: I agree with Wietse!

You guys have played before here in Australia, including at other HSU events
such as HSU @ The Gaff and Knockout 2013, what do you guys like about working with HSU?

Wietse: To play for HSU is always awesome! Petey-Pete is one of our best buddies and he kicks ass and throws the best events in the world. And the Australian crowd is the best too, we love them… and the girls are sexy!

Describe to Sydney what to expect from your upcoming performance:

Wietse: Expect a lot of Psyko Punkz tracks, all our new tracks and some other really cool tracks. Expect the maximum, expect Psyko Punkz!

Thanks for chatting with me guys, I can be sure that they will bring their A-Game and tear apart the Big Top.
For those of you who haven’t made yourselves aware of the timetable you should do that now and prepare your bodies and souls for the unknown… 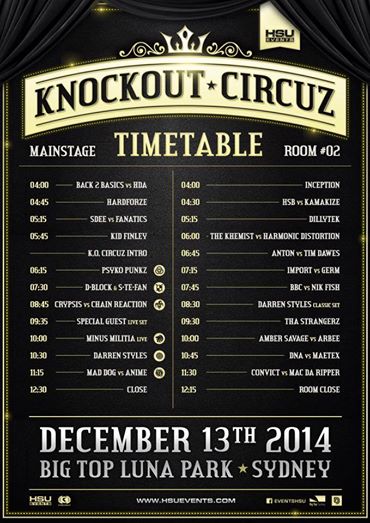 With the big day only 24 hours away, we’re pumped for Knockout Circuz and it’s great to hear our headlining acts are too! If you haven’t done so already, buy tickets to the Official Knockout Circuz After Party at Masif Saturdays HERE. This will be Radical Redemption’s only solo set in Sydney and likely to sell out!

Also, for event information and any important updates, join the Knockout Circuz event listing on and like HSU Events on Facebook.

See you all at the Circuz! 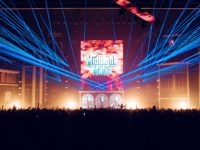 “It feels like home…” HSU delivers a multi-climactic edition of Midnight Mafia!
May 18, 2017 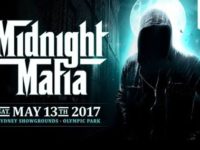 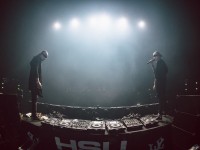