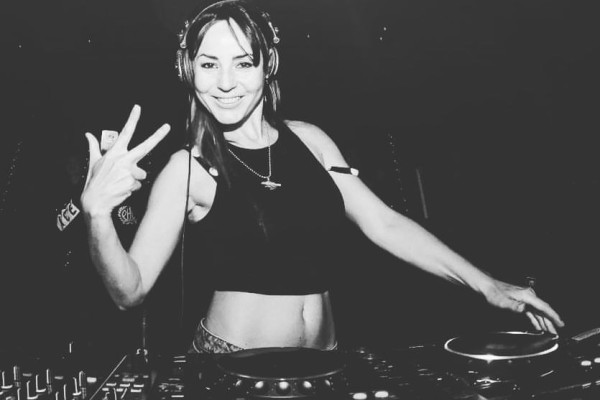 Stefania Alessi, or better known as the legendary DJ Stephanie is unquestionably one of Hardstyle’s most ambitious women. Spinning records since the early days, this iconic Italian has worked her way up to perform at illustrious events such as Qlimax, Defqon.1, The Qontinent, Q-BASE, Freaqshow, Bassleader, X-Qlusive and many more!

With the release of her debut ‘Pink Beats’ album on the horizon and in light of our exclusive ‘Females Week,’ we decided to catch up with this fun-loving lady to chat about her album, workout regime and sexism in the industry!

– Hey Stephy! Let’s start off with the big news; you’re currently finalising your debut album ‘Pink Beats,’ how did the idea come about to do an album?
Hi 🙂 First of all, it’s a pleasure for me to be interviewed by Alive At Night – I’m a big fan of yours!

Yes, finally my ‘Pink Beats – The Album’ is ready and it’s marked a huge achievement for me! Whether the album is a success or not doesn’t really matter, because this is the album I’ve wanted to do for many years. To be honest, 2016 has been a year of major changes in my life, including love, work and music, and in January I started working on the album independently (without a label). I’m a Sagittarius and when I decide to do something, sooner or later I just go for it! Why? Because I wanted to put myself out there under and show my teeth – and the album is a result of that!

– What’s album track are you most proud of and why?
The album has ten tracks in total, however I’m especially proud of “DESTINY.” Initially this track was meant to be a single for the summer, but for me it had too much emotional significance to just be a single. The lyrics and vocals (thank you Popr3b3l & Siv Anita) have a deep meaning and the track also represents my first video-clip, which was shot at the beautiful La Morra and in my favourite Italian nightclub Discoteca Shock.

– You even made a raw track for the album! Can you tell me more about it?
I had the inspiration to produce a ‘raw’ track to engage with those kinds of fans. I know that I’m known as a Euphoric or Hard EDM DJ, but I also love diversity and of course, trying new things. I love raw music by Adaro, Ran-D, B-Front and Digital Punk and when I get the chance I like to close my set with raw, or even Hardcore tracks. The track is called “1,2,3,4 Up Yours!” and will be available on my forthcoming album.

– Can you speak a little bit more about the entire process behind creating an album?
Making an album is not easy – it requires an investment of a lot of time and money. I was working on it alone, so I had to organise everything, including track ideas, melodies, lyrics, collaborations, graphics, videos and social networking/marketing. I began planning the album in March and throughout the summer I took lessons in mastering in Logic Pro.

I had the opportunity to test the album tracks at festivals around the globe and each Monday I would go to the studio to correct, improve or even reject tracks.

Somebody who really supported me and served as a mentor was Activator; I’m a huge fan of his sound, so we collaborated a lot within the album. I also worked with Proto Bytez, because I absolutely love this talented Dutch duo and have been following them since their first release! Finally, I also worked alongside Lady Faith because we are great friends and I think it is important for women to support each other!

My goal is to release the album in December, however that all depends on where it’s released… Perhaps Pink Beats Records… I will let you all know soon ;). 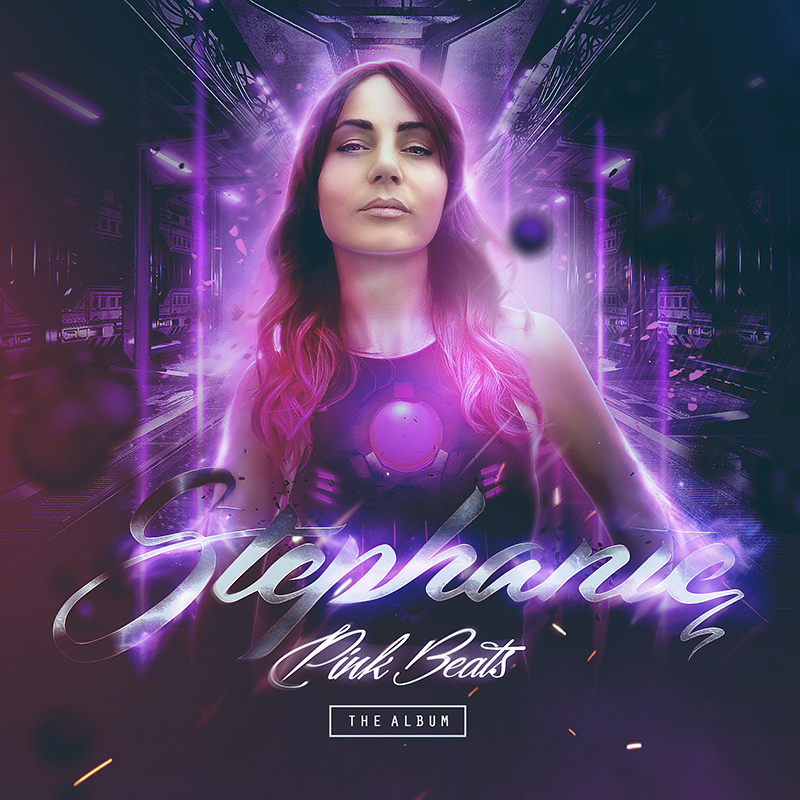 – You recently performed in the USA as a part of Coone’s album tour! Can you speak a little more about your performance?
I’m so in love with the US crowd and I’m already working on something just for them, but it’s a secret… Actually, a large portion of my album’s inspiration is from America; I began working there in 2015 and have since performed in LA, Las Vegas, Minneapolis and New York. Every time I play there it’s something special.

My latest gig in the US was incredible; the crowd was so awesome and I even took the microphone and started MC-ing for myself! I’ve previously been an MC in Italy and whenever I play a set I love interacting with my crowd this way. The only problem is that my English isn’t as great as I’d like it to be, but I’m working on it! 🙂

– It’s no secret that you’re close friends with US Hardstyle diva Lady Faith. How did you meet? And can you speak a little more about your friendship?
I really like Lady Faith because we both share a huge passion for Hardstyle! We met for the first time at Defqon.1, and since then we’ve always supported each other. It’s not easy being a woman in the Hardstyle scene; you get a lot of criticism, but I’ve learnt to deal with it and grow as an artist. The nice thing about Faith and I is that besides both being driven by our love for music, we also share a passion for Sephora (:P) and fashion!

– You’re one of the most fashionable ladies in the Hardstyle scene. Tell me, how to you bring your sense of style to the stage?
I’m Italian, straight from the heartland of Italian fashion! I’ve always wanted to bring a touch of fashion to my presence on stage, but without overdoing it because I still want people to appreciate my music first and foremost. I’m not the type to plaster myself with make-up, but I do love finding an outfit that suits me. Typically I like dressing up in black vest-tops, halter-neck tops combined with leggings (I love the Calzedonia brand) or a denim one-piece by G-Star and of course, high heels!

– You’re also not afraid to pose in your bikini. Tell me Stephanie, how do you stay fit?!
Actually, I love to eat. I eat continuously, sometimes healthily, but often not so healthily. I have a huge weakness for Fanta, but I guess this is okay because I don’t drink alcohol. Oh, and don’t even talk to me about gyms – I’m allergic to them! The only sport I’ve ever participated in was volleyball when I was a child. 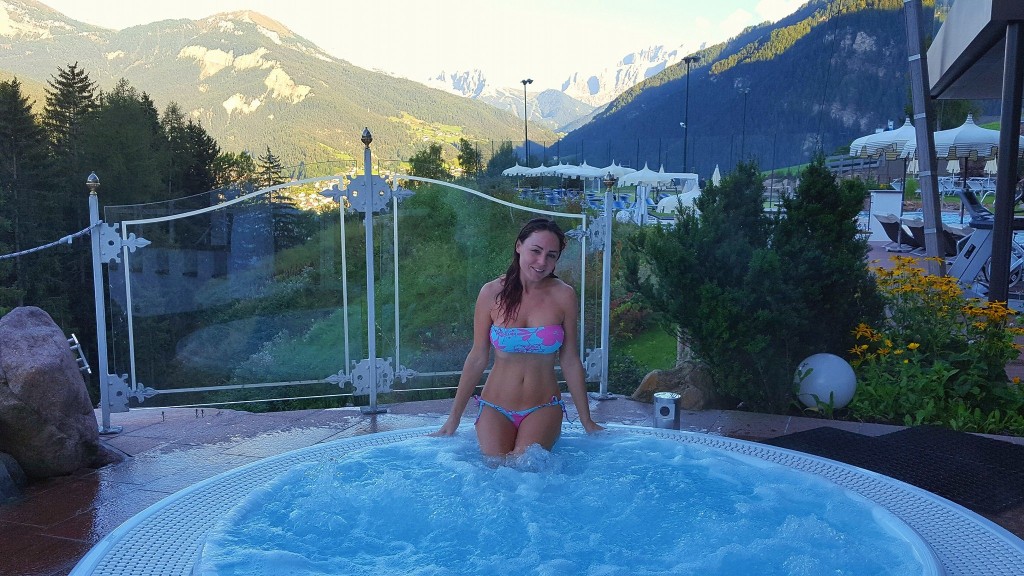 – Your father was a DJ when you were growing up; what was it like being surrounded by music? And were your parents supportive when you chose to pursue a career in music?
My father is still a DJ and also an MC, so it’s nice to share my biggest passion with him. When I began deejaying he wasn’t so thrilled; there were hardly any female DJ’s, however that was back then – now I’m 33 and it’s ‘fashionable’ to be a DJ now! I asked my father to believe and have faith in me, and by myself I began working in various jobs to make enough money to purchase vinyls.

My family saw how much I invested in my passion and how devoted I was to it, so they were totally cool with me choosing to pursue a career in it. It’s given my parents peace of mind that I don’t drink alcohol, have never taken drugs and don’t smoke; my work involves a lot of driving at night, so I know I need to reassure, rather than worry them. Besides, I enjoy drinking mineral water!

– Now for a more controversial question! Do you feel as though female DJ’s and producers are discriminated against?
It’s a continual battle that makes me very angry. It makes me laugh when people say “oh, you’re a woman so it must all be easy!” Oh yeah, right! Mind you, these kinds of statements come from men who don’t even know what a plug-in is and probably don’t even know how to turn on a PC, yet are seen as such ‘heroes’.

I am generalising and don’t want to attract any antipathy, but it’s incredible that we’re on the verge of 2017 and there’s still such discrimination against women. There are many women and men who use ghost producers, but let’s make some things clear. 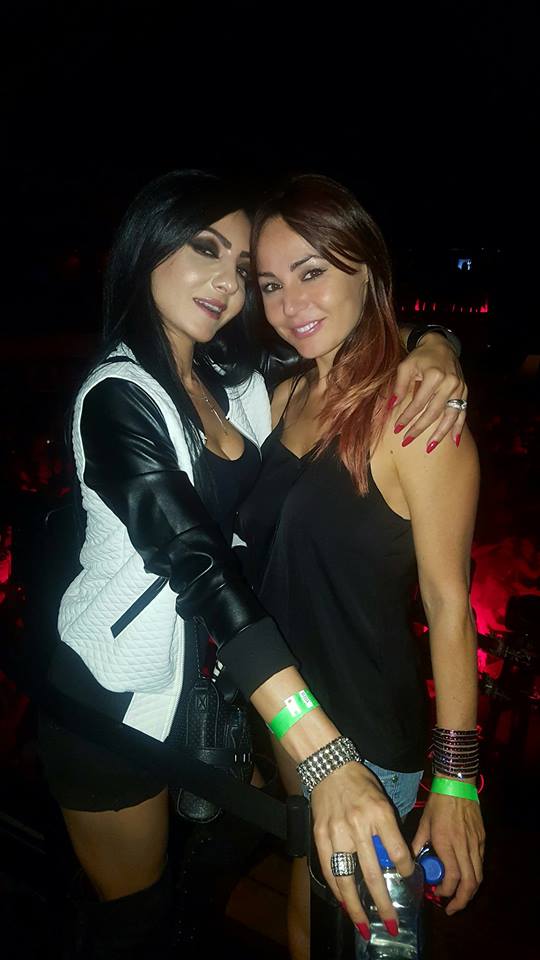 – What are some changes you’d like to see in regards to sexism and females in the music industry?
In the Hardstyle scene it’s pretty difficult; being a woman is already tough in other areas, but in this industry you need to actively get yourself respected. Unfortunately in this environment, as soon as you begin making progress, all too often you hear nasty things like “who did you screw/blow to get here?”

What makes me really angry is that there are both MALE and female projects in this business that are senseless, whilst there are talented women who put their heart, soul and high degree of professionalism into their work. A large portion of people dismiss even these girls, who, in contrast to certain others, deserve some respect! Being an attractive and amiable woman doesn’t mean that you’ve been in bed with someone to get where you are!

– Most embarrassing moment on-stage – go!
I recently had an embarrassing moment during Coone’s album tour. When I was on stage I began MC’ing and accidentally said “Hello Las Vegas!” Straightaway I realised my mistake, so quickly said “Oh, so sorry, I mean Los Angeles!” Even after my set I still felt so stupid, haha.

– As we’re coming to the end of 2016, do you have any New Year resolutions/career goals planned for 2017?
Yep! My podcast ‘Stephanie’s Pink Beats’ will become a video podcast which will be mixed live. It will be in collaboration with Discoteca Shock and also aired on Q-dance radio. After the release of my album, I will also start working on an EP, which you’ll hear more about soon. And… I’ll also be starting my own label ‘Pink Beats Records!’

– Finally, what did you eat for breakfast today?
Right now I am flying back from Amsterdam, so this morning I ate breakfast at the airport – I had an orange juice, cappuccino and a chocolate croissant! 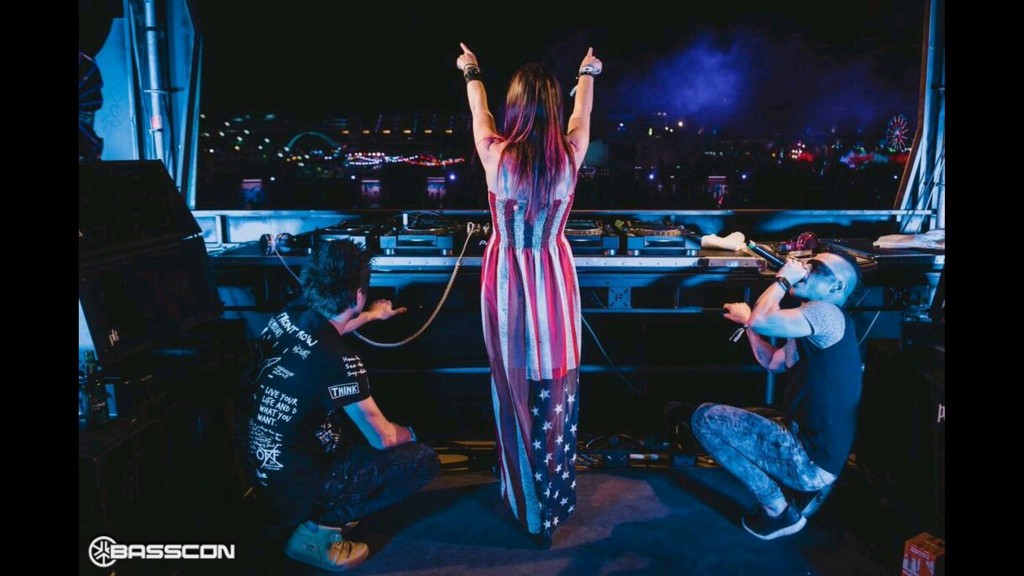 We’d like to thank DJ Stephanie for this kick-ass interview; we wish her the very best of luck with the release of her ‘Pink Beats’ album and can’t wait to hear the tracks! To stay tuned, follow Stephanie at the social links below.