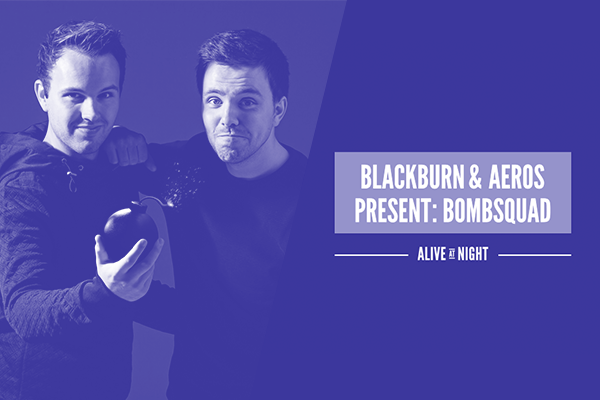 Blackburn and Aeros are unquestionably two melodic producers with BALLS. Yes, I said it – with balls. These two brossifs in crime are inseparable, and to make this commitment a little more permanent, they’ve teamed up to create a brand-new act named Bombsquad. We were lucky enough to pull these two cheeky dudes aside for a chat, where they fill us in on why they created the act, the big ideas and their thoughts on ‘euphoric with balls.’

– Aeros, Blackburn – it’s a pleasure to have you both on Alive At Night. How did you both spend your New Year’s Eve? Did you get super turnt?

Thanks for having us! We actually spent our NYE together, as we had to play at Freaqshow in the Ziggo Dome. We had an absolute blast playing there; it was a crazy night with crazy people, and WHAT A VIBE!

Aeros: Bart (Blackburn) doesn’t drink any alcohol so he can’t even get turnt from that (pussy) and I wasn’t that turnt myself… Apart from the adrenaline, of course!

Blackburn: Luckily Thijs drinks for the both of us! Filthy alcoholic… 😉 Although, my car was ‘turnt’ multiple times on the way back home, if that counts? 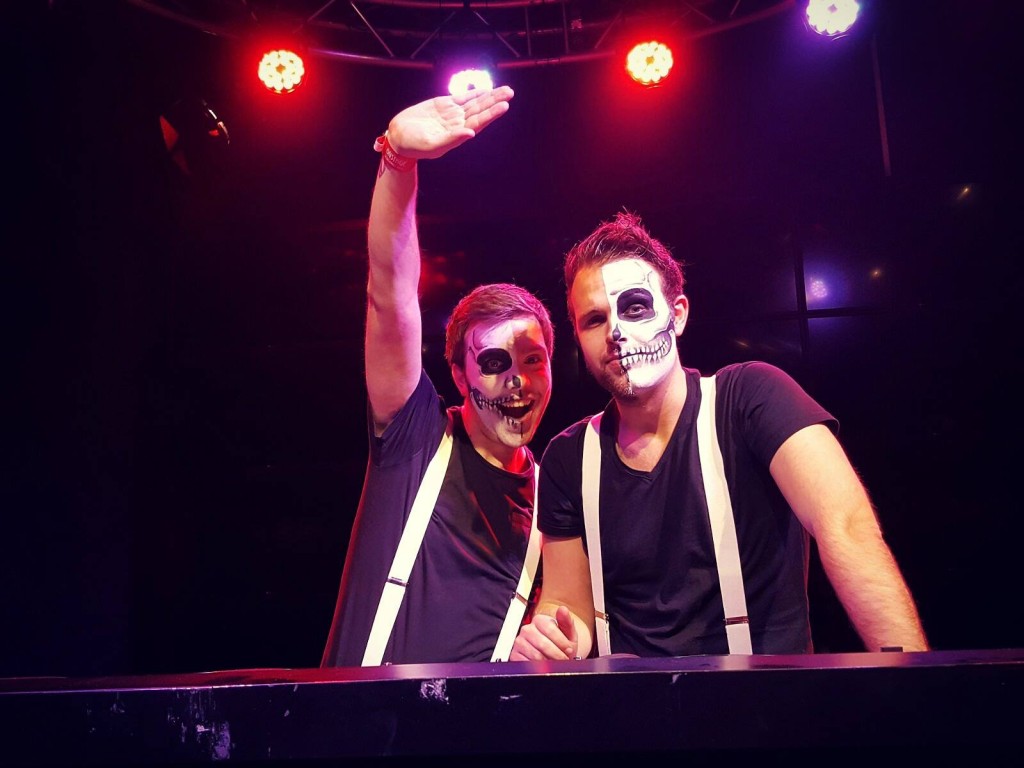 – Do you guys have any new year’s resolutions?

Blackburn: I’m not really a person that makes any resolutions, but as you know, Aeros and I have been rather busy with our latest project which we’ve been putting almost all of our time into.

Aeros: I’m not a resolution kind of person either; whenever I want to change something I just try to do it immediately. Working with less DB’s in the studio could be one resolution, but I can’t contain myself!

– Both of you are solid representatives of this interesting melodic Hardstyle sound called ‘euphoric with balls.’ Your music isn’t super cheesy and filled with ‘gay’ vocals, but it’s fun and party-worthy. Can you tell our readers a little more about your sounds?

Well as you said, ‘euphoric with balls’ is for us, the kind of Hardstyle that could keep (and bring) the scene together as it maintains all the tastes of Hardstyle lovers. We really like tracks dripping with cheese, and we like tracks with rough sounds on the other side of the spectrum. But most of all we LOVE the combination of both styles!

We feel as if the scene has this ‘gap’ between euphoric and raw and we are planning on filling it up with some banging Hardstyle bombs! 🙂

We hope to hear more quality Hardstyle productions that put a smile on our faces. Music that brings a positive vibe, yet makes you want to go completely insane!

– You guys are THE ultimate brossifs in crime – how did you two actually meet?

We actually got in touch with each other when Thijs signed to Theracords back in 2014; Bart was already signed to the label for a couple of years. We met for the first time in person at the annual Theracords BBQ that year and instantly hit it off! That’s also where the first ideas for ‘“Infinite” came about.

– What’s the craziest experience you two have ever had together?

As a gimmick we made a bootleg of the Pokémon Theme song in like two hours. We thought it would be fun to put on our social pages, as we were both addicted to playing Pokémon GO at that time (Blackburn: Aeros still is……). Overnight the video went viral and our social media accounts exploded with notifications! Surely not something we expected to happen, haha.

– For both of you, what’s the importance of having a great friendship with the people that you work with?

Aeros: A ‘great’ friendship isn’t necessary to work well together with people, but I can tell you that after working with Bart for quite some time now that being close friends creates many more possibilities! We trust and amplify each other, resulting in better music and more fun onstage. It honestly feels as if I’ve known this bro for all my life now, haha!

Blackburn: What he said! ;P

– How did your collab ‘Bomba’ come along in the first place? And what’s the idea behind the video-clip?

Blackburn: Thijs came over to my place for a whole week during the summer last year and that’s when we decided to jam away in the studio. We actually came up with two tracks that week, with one being the infamous Pokémon bootleg that we mentioned. :’)

Aeros: “Bomba” however, took a little longer to create, luckily we managed to finish it just in time for our back-to-back set at Q-BASE! Shortly after, Bart made the video-clip, in which we wanted to capture the energy and feeling the track gives us.

– You’ve collaborated numerous times on tracks, but now you guys have decided to make this collaboration a little more permanent – can you tell me more about Bombsquad?

After working together and performing back-to-back quite a few times, we felt as though that we should team up. After the creation of “Bomba” and our set at Q-BASE, we figured that combining our skills into a project together would be the perfect way to show the world what we are capable of! Bombsquad became the name of our act and monthly podcast, which revolves around the music we love the most – energetic Hardstyle with a fun, party vibe! 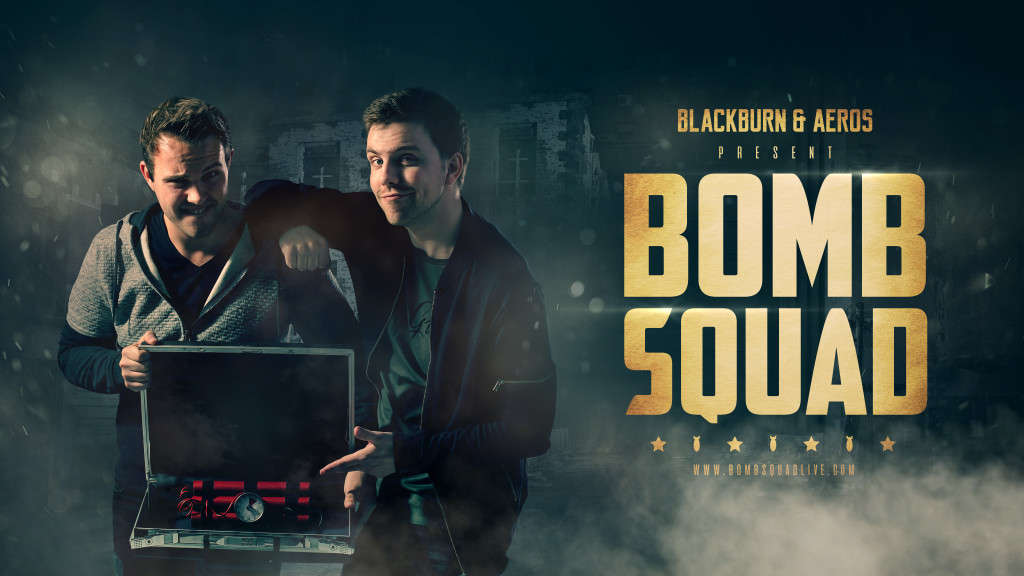 – Will there be some wacky costumes involved?

Aeros: No please god no.

Blackburn: Apart from the wacky clothes Thijs wears, that is. ;P

This act is all about craziness, energy and Hardstyle, not about some terrorist group that managed to get on stage, haha. 😛 Dressing up for Freaqshow was really cool, but we aren’t planning on regularly wearing wacky costumes as Bombsquad.

– As for music, what kind of productions can we expect to hear from you two?

“Bomba” is the perfect example of what our music revolves around. Melodic, slightly harder, a little weird, but always fully packed with energy! Currently we are working on new tracks, collabs, DJ-tools, and countless mash-ups to make our performances absolutely LIT. Every track will drop like a bomb(a)!

– When establishing a new act, what were some things you had to consider when it came to marketing and coming up with the general idea?

The general idea for Bombsquad came pretty naturally after “Bomba” was created and MONO STEREO AVIO came to a halt. We knew we wanted to come up with something new together whilst still focussing on our vision of Hardstyle. Thanks to our experiences with MONO STEREO AVIO we already had an idea of what we had to arrange in order to make this all work.

Aeros: Every day for the past few months we’ve been busy working out the key ingredients of Bombsquad, making this a thing everybody would want to listen to!

Blackburn: Some choices were made quickly, like wearing costumes or not. Other stuff including choosing dates for things to go live took a lot longer to decide.

– There will also be a Bombsquad podcast – can you tell me a little more about it?

Sure thing! With the Bombsquad Podcast we want to bring everyone their monthly dose of Hard Dance bombs whilst giving the audience an energy boost that leaves them craving for more. The show will mainly focus on Hardstyle that’s euphoric, but still has balls! Keep an eye on our Facebook channels this Saturday (the 21st of January). Starting at 16:00 CET we’ll live-stream the first episode of the Bombsquad Podcast, which will be broadcasted by Q-dance Radio next week and uploaded to the Bombsquad social media pages afterwards.

We’ve got a lot in store! The monthly podcast is not only going to be recorded in studios, but we’re planning on touring all over The Netherlands with the Bombsquad live-stream. Living rooms, boiler rooms, pool parties, you name it!

On top of that, if you guys or girls would like to see us perform on a specific party, make sure you let the organisations/clubs know! Our bookings, both solo and as Bombsquad are handled by Fast Forward Bookings: info@fastforwardbookings.com 😉

– Finally, what did the Bombsquad eat for breakfast today?!

Blackburn: I actually don’t eat breakfast that often, but I do enjoy me some water in the morning. However, I ate sausage rolls for lunch – so isn’t that technically also what I had for breakfast?

Aeros: You know that feeling right when you go to sleep the night before when you feel hungry as fuck? Like, you could eat a whole cow or something? Well in the morning it’s the complete opposite, so I had a slice of gingerbread with a cup of coffee. Yes, I eat coffee for breakfast. Deal with it.

A huge thanks to Blackburn and Aeros for this interview! We wish the guys all the best with their Bombsquad project. Oh, and don’t forget to tune into Q-dance radio for their first show – it’s going to be epic! Stay up to date with these two brossifs in crime at the social links below. 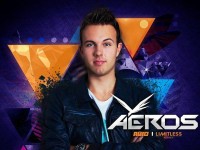 “The chronicles of being an underrated artist” – Guest article by Aeros.
March 15, 2016