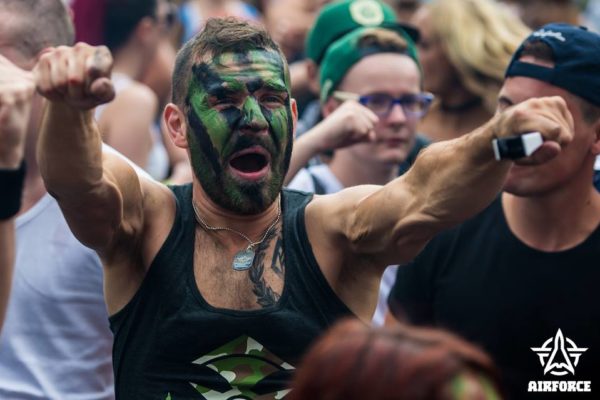 Over the last decade, festivals have sprouted up in tremendous numbers like mushrooms in a beautiful autumn forest. Some survived and some have turned to oblivion; but now and then, a festival concept arises that actually enriches the festival landscape. Airforce Festival can be put in this category. It is an outstanding accomplishment of the organisations Art of Dance and Absolutely Fresh that this festival – in only two years – is addressed by many visitors as one of the most unique Hard Dance festivals in The Netherlands. 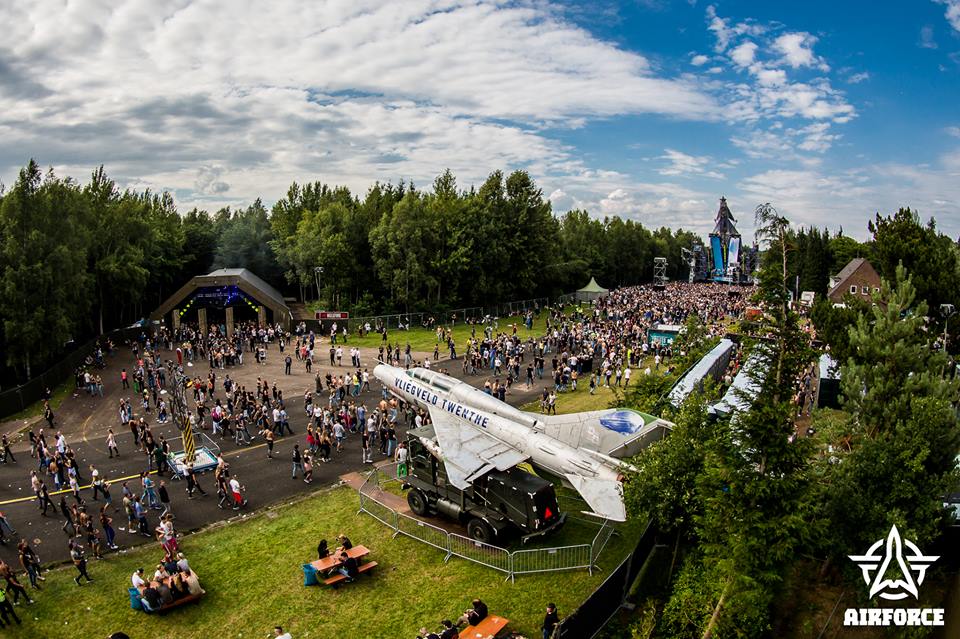 “Did you feel that?” My mate punches my back whilst I was worryingly peering up to the sky. Dark clouds have packed over Twenthe Airport, the marvelous terrain on which Airforce Festival is held. I too feel a drop of water landing on my arm. “Let’s go to the Hellfire stage and shelter from the rain.” In a couple of seconds we pack our crew and head towards the stage where Deadly Guns is going to perform in any minute. Well… any minute… turns out he is stuck in a traffic jam, so we have to wait a little longer.

As we stand at Hellfire I see the rain poring outside. People are desperately squeezing in afraid to get soaked. By the time Deadly Guns finally finds his place behind the wheels the stage is packed. So here we are, at a former military airbase, standing in a solid bunker, packed with people eagerly to let lose all of their energy. The kicks of Deadly Guns are filling the tiny dark space of where once probably stood fighter jets. If there is any place in which Hardcore music comes to life it is in this righteous place. A military bunker filled with diehard Hardcore soldiers, this must the Hardcore variant of the garden of Eden. 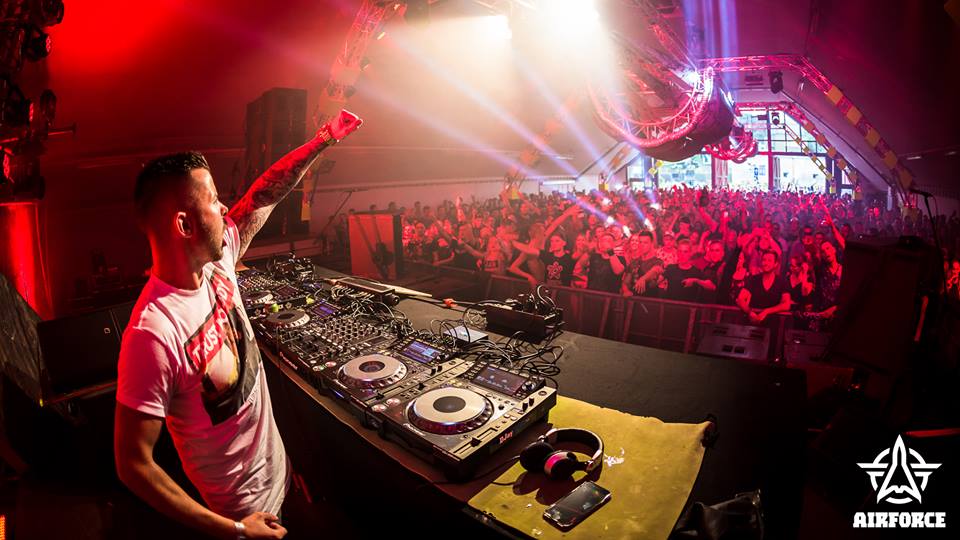 It is exactly the aforementioned scene that makes Airforce so beloved among its visitors. The location is extraordinary. Military attributes still mark the landscape, like a fighter jet in front of the mainstage, a radar tower, a concrete barrack and the hangars and bunkers that serve as stages. All contribute to an atmosphere that suits this rough music style perfectly.

After Deadly Guns’ set, we move ourselves outside to witness N-Vitral live and, of course, check out the mainstage. The mainstage design, which represents the underside of a fighter jet, is awesome – we soak up the in-your-face theme before we head to see DJ Paul Elstak at the Radar stage. “Even the sun is showing his face to witness this amazing set.” I look to my right and see a German guy dressed head-to-toe in a S.W.A.T. costume; he begins sharing his thoughts with me. I couldn’t care less about what this guy is saying, but I feel highly intrigued by his costume. I greet him with a friendly smile whilst pondering over the ridiculous amount of crazy German partygoers I’ve spotted so far, who are all decked out in weird costumes. This is not meant in a negative way. It is amazing to see their level of devotion and it’s beautiful to see multiple nationalities standing side by dancing to the same melodies. And he is right, the sun is the finishing touch to this already marvelous day. 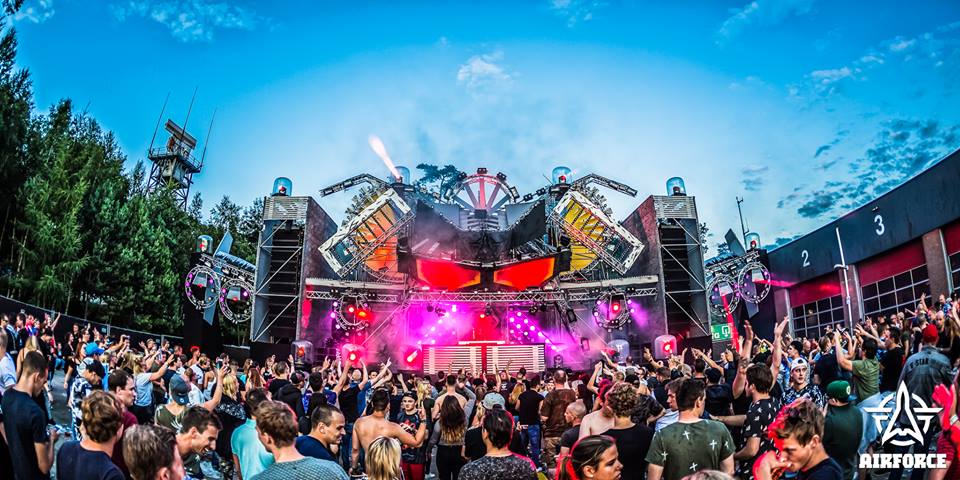 As the sun moves to the other side of the world and the twilight wakes any bat who might still be around, we head to the mainstage. “To have this stage at the end of the landing strip is brilliantly”, my friends are shouting in my air. He needs to, the music is insanely loud. “Yea, and it provides enough space for everyone”, I reply while initiating that the final moments on the mainstage at some festivals are just to overcrowded. Here we are, going mental to these final moments in front of a beautiful stage. The fireworks during the end show may be a bit disappointing, the loudness of the music and – I know I am repeating myself – the marvelous location make all up for it.

Airforce Festival is definitely a “pure display of superior warface.” Mark the date in your agenda; because you cannot miss this festival in 2018.