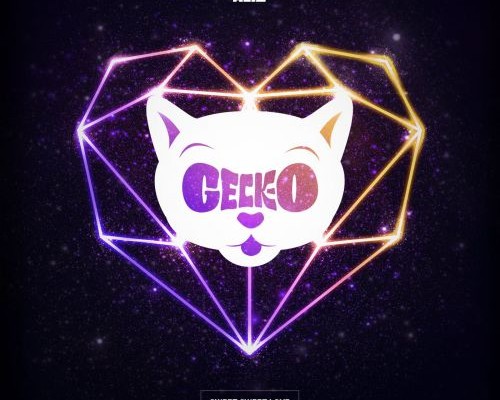 Let’s face it, it’s not easy to come up with an idea that isn’t either: A) shit or B) done before, but somehow many artists in the hardstyle sphere manage to entertain us listeners time and time again. Being in the midst of festival season, it can be hard for artists to manage busy schedules with enough time to work on new masterpieces which can sometimes see a drop in releases over the Summer months. Going through the collection of what July had to offer, I was highly impressed with that I heard and although it wasn’t too difficult narrowing down the list to a top 10, ordering them from 10 to 1 was the big task at hand here.

So what exactly tickled our fancy this month? Check out out top 10 picks from July!

Sub Zero Project, or otherwise known as “the kids that made OMG THAT’S THE FUNKY SHIT” are back once again and this time they joined forces with the French prodigy X-Pander to create one hell of a track. “Hell On Earth” doesn’t take any easy routes; you can hear that these guys have focused on creating a huge, hard-hitting atmosphere along with creating something that can be suitable for the dance-floor. This is one of the few raw tracks by upcoming artists that is listenable, enjoyable and extremely powerful. Kudos to Sub Zero Project and X-Pander  – you guys nailed this one!

When I clicked on this track, my expectations laid in a groovy old-school influenced track packed with reverse bass. Let’s just say that I was extremely surprised to hear that A-Lusion had stepped out of his comfort zone to create something with a more of a modern edge. After hearing “I Need You,” it became evident that A-Lusion is still here! Although a 2009 revival track would have been a dream come true, his newer approach is something different and sounds just as good.

After releasing “Drunken Masta,” “Hit The Bong” and most recently “Doutzen,” Psyko Punkz are undoubtedly (in the nicest way possible) the signature ‘turnt c*nts’ in the hardstyle scene – their music sheds light on the finer details of the party lifestyle. Although most of their tracks nowadays are based around various substances, they’ve still retained their signature sound and infectious atmosphere and this approach has called for some of the most renowned party anthems to be created. Their newest track “Doutzen” has some of the best lyrics that hardstyle has ever seen and with the vocals done by the notorious Murda, this track packs in a charm that no other artist can pull off.

With one of the most badass new images and a-game production skills, Italian stallion Kronos has proved as one of the most promising, yet underrated names in the hardstyle scene. After releasing several top-notch tracks in 2015, this ‘bad guy’ is back again with another huge track that doesn’t fail to deliver a fuckload of energetic vibes! Although the track is full of hard kicks and walks down the raw avenue, it’s anthemic  style can still be enjoyed and listened to by all fans of hardstyle.

If I were you, I wouldn’t fuck with Kronos…

When I heard this track for the first time, judging by the remarkable quality and melodic structure I immediately assumed that it was either by Bass Modulators or Atmozfears, little did I know that one of tomorrow’s superstars, Devin Wild is the name behind it. It’s so refreshing to hear his name is popping up more and more on various lineups and also hearing his tracks being supported by some of the pioneers. With production skills on point, this under-aged genius is even overtaking some of the bigger names in the scene. “Everlasting” just goes to show that the next generation isn’t only full of random raw talents but also has potential in the euphoric sphere.

“It was dark everywhere…” This track has got to be one of the most atmospheric masterpieces ever created – every time I hear those vocals and when the main melody kicks in my spine is graced by shivers running up and down. Taken from the recently released album ‘Phuture Propaganda,’ “Everywhere” is a track that truly redefines emotion in hardstyle, it has the ability to touch listeners on a deeper level than a lot of other modern tracks. Hard Driver and Phuture Noize are a musical match made in heaven and with “Everywhere,” being only their first release together, it makes you wonder what would happen if these guys are locked in the studio again…. New possible live-act…?

Just as you thought that Geck-o had been abducted into the QULT forever, a refreshing surprise came about that landed itself on AVIO Records. In a bundle release alongside “Sweet Sweet Love,” the token experimentalist has proved that his previous signature sound still exists and that he’s not going anywhere! “Respect Mah Clap” is a groovy gem that breaks all boundaries and refuses to be shoved in a box; it also marks a turning point in Geck-o’s music which makes you wonder whether he will come back to his well-missed experimental hardstyle sound and begin playing on more hardstyle stages again.

When it comes to melodies, who better to satisfy our craving for feels than power-duo Audiotricz? With the responsibility to create this years’ WiSH Outdoor anthem, the guys ended up creating a track that would put a majestic marching band to shame. “United As One” is yet another incredible addition to their discography and with its melodic, yet powerful take on hardstyle, the duo have ticked all boxes when creating an unforgettable anthem!

It’s pretty rare that I would opt for an upcoming track to be placed so high in our releases list, but seriously, Clockartz have done an amazing job with “4 Da Floor!” These two Italians have created such a unique and appealing signature sound so early on in their career which doesn’t define itself as either raw or euphoric. Their newest release, “4 Da Floor” is full of energy, it’s easy and entertaining to listen to, but most recognisably, the vocals give off this incredibly eerie vibe that I’ve never felt before. As an upcoming name in the hardstyle scene, it can be easy to fall into a ‘box’ where you create music that’s ‘safe’ and sometimes boring as fuck, but after hearing what Clockartz have to offer, there’s undoubtedly a huge future in store for this Italian duo!

After announcing their departure from hardcore only a short time ago, notorious trio Endymion have already thrown raw hardstyle into a curve-ball with their signature atmospheric, yet powerful sound. Released on their new label Nightbreed Records and alongside Pandorum’s second identity ‘MYST,’ the track itself “Death Never Dies” gives me a similar feeling that Pendulum gave back in the day. Apart from the signature ‘death never dies,’ this track is so incredibly well-produced that it doesn’t even need vocals, you can feel so many emotions from it naturally. I think it’s safe to say that Endymion’s move over to raw hardstyle was a well-rewarding move and I hope to see these guys continuing to lead the way as innovators.

Agree with our picks? Let us know in the comments below! 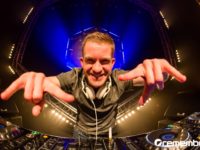 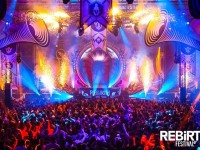