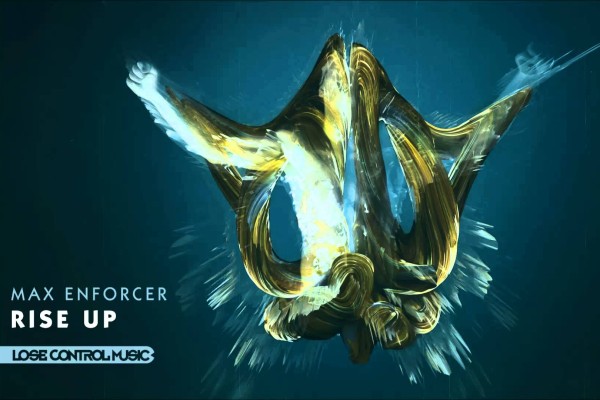 Well, what a month April was! We kicked off the festival season in style at Rebirth, tore a new one at XXlerator RAW and now preparing for Kingsday celebrations! Besides the ridiculous amount of festivals that have been popping up left, right and centre, our artists within the harder styles have been working their asses off to bring the finest tunes to their performances. April is undoubtedly an important month when it comes to new music, and well, we certainly had a hard time when picking our favourite 10 tracks from this month! Although we had a bit of a hard time collating our top 10, we did it and here it is!

Spine shiver worthy, melodic and beautiful. This is why I love Wasted Penguinz! Everything that these guys touch turns into a sparkling gem and that also applies for their newest release “Paradise Is Lost.” Floating around for quite some time now, the Penguinz thought that it was the right time to finally release it and what a great choice that was! This track takes my mind on a journey through nature and paradise and tells such an intense story.

More crunchy than your breakfast cereal, Raxtor is back some more signature Italian flavour! At first, the track was slightly unsettling to listen to but once 2:25 kicks in, the track makes a lot more sense and begins to flow better. For many listeners, it could take a while to get used to Raxtor’s quirky use of sounds, but in my opinion, this makes him a producer to keep your ears onto. As long as he doesn’t give into the raw hardstyle hype, I’ll continue listening to and loving his music!

These guys make a killer team! With similar musical visions and an undying love for reverse bass, Aussie superstars Dillytek and Dutch duo Noisecult will have you “Rushin'” to the dancefloor for more! The vocals and melody pack a Summery and beachy vibe which kind of makes me want to strip down, lie on the roof and get some sun. It’s really nice to hear some real sounding hardstyle with power, energy and screeches that are actually utilised properly, so big ups to Dillytek and Noisecult for this slammer!

The artwork and sound (especially those ringing bells) in this track reminds me of being stuck in a burning building and just when you’re about to inhale a fuckload of smoke, TNT come out of nowhere, pick you up and run down the fire stairs to safety. Wild imagination? I think so – but this track is red hot! Pushing past a conventional hard-drop sound, TNT are putting a little more power and force behind it and well, I’m a sucker for this track!

A bit of a wildcard track but I just had to put it in the list – the progressive little melody is so bizarre, yet it’s got some charm. Not from your usual big name, but Clockartz is definitely an act that I am dedicated to keep following. After checking out their Facebook page to see that they’re from Italy (and also being a huge sucker for Italian hardstyle) I am really hoping that these guys are going to continue with this energetic flavour heard in “Bring It Down.” Great track Clockartz!

Kronos has to take the cake for my favourite young Italian producer. Bringing creativity and energy to the raw spectrum of hardstyle, his entire discography is underrated including his new smasher “Boombaby.” Kronos has been building his signature sound over the last few years and I feel as though he is inches away from creating a ‘hit.’ The explosive drop in combination with those rounded kicks and the whole “BOOOOMBABAAAYYY” is simply: mind-blowing. One of my favourite ‘harder’ tracks of the moment.

Well this was a little unexpected gem from the ‘hippy God of hardstyle,’ AKA Frontliner. When I listened to the first 55 seconds I thought “meh,” then before I could take another breath this unexpected groove and melody came out of nowhere! The initial melody reminded me instantly of the wonky sounds that Flume used in the initial 20 seconds of his track “Sintra.” Still packing that usual Frontliner energy and sound, yet there’s something completely fresh about this track and well, we love it!

Did someone say chicken?!

Taken from the ever-sexy Latin language, “Gallinaceo” is translated to “Chicken,” in English and is one kind of poultry to be inspired to make a track according to upcoming melodyman Sephyx. Just when you think this track couldn’t get any weirder or more wonderful, Sephyx actually used the sounds from real chickens to create “Gallinaceo” (I guess that explains the name). In all seriousness however, this token ‘sprouter’ has been on our personal lay-by for quite some time now and with each track that he releases, improvement is made as he proves himself by building up a solid and recognisable sound. So congrats Sephyx for hitting our top 10, keep up the great work and take care of your chickens k?

Apart from the “studio album saga,” and this whole “Noisecontrol Records” business, I think people are forgetting the main star of the show – “All Night Long!” What a huge track! Hearing it for the first time at Rebirth Festival, I just knew that this was going to stuck in my head for days on end. The quality of “All Night Long” and it’s sheer greatness is something that the scene should be learning from, rather than just simply making bootlegs or using samples from movies. Noisecontrollers’ attitude to music is so unique and this is why this dude is onto his 3rd album and still going strong! “All Night Long” = an inspiration to upcoming producers.

Magestic, unstoppable and feel-good, summer vibes. Now this is what you call a f*cking great anthem! Grabbing the winning spot for our number 1 favourite release of April is the mighty Max Enforcer with his killer Rebirth anthem! From the minute I laid ears on this track whilst sitting in Max Enforcers’ studio during an interview, I had fallen in love – head over heels. The complete track from start to finish is mesmerising and is a great representation of the quality that this scene needs. No one has ever made a track that sounds remotely similar to “Rise Up” and I applaud Max Enforcer for making something with some serious charm and attitude. Mr. Enforcer just goes to show that you can make a ballsy and well-rounded track without making it rough and raw. May I also add one last point – THE VOCALS! Such an unexpected and daring twist, yet so well fitting.

Well done Max Enforcer for grabbing our number one spot!

**TO BE RELEASED APRIL 30TH** Phuture Noize & Endymion – Who

At the beginning of this track, there’s these little “doo doo doo doo doo doo” sounds and these screeches that sound like crying babies but fuck, this track smells like sweet originality. With an unexpected turn towards the middle of the track, this collaboration between young guns Phuture Noize and new ‘raw representatives’ Endymion is shaping to be one of my favourite collabs of 2015. I can’t get enough of that crying baby screech. Be sure to jump on this one when it’s released on Thursday, 30th of April!

Enjoy the rest of the month party people and we’ll see you back again in May for more killer releases! 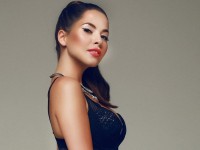