A Hopeful Glimpse Of The Phuture Of Hardstyle… Gettin’ Deep With Phuture Noize! 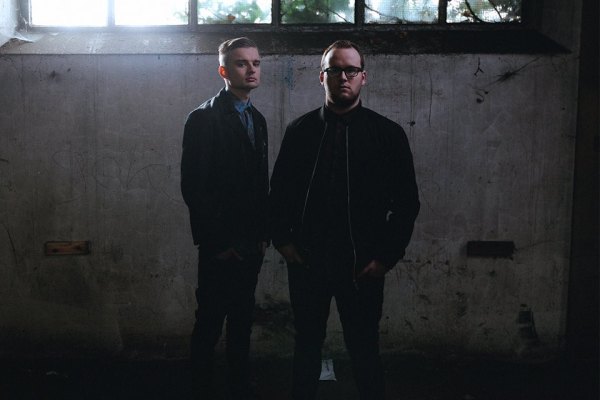 A Hopeful Glimpse Of The Phuture Of Hardstyle… Gettin’ deep with Phuture Noize!

Freshly this week, the guys from Phuture Noize treated us to their brand new track “Hope” which was accompanied by a kick-ass video to match. The video stated that this killer track was taken from their upcoming album “Phuture Propaganda”…

Yes, you heard correctly and I just HAD to dish the dirt behind this juicy album!

So, stay with us to find out why these guys changed their minds, their big ideas behind ‘Phuture Propaganda’ and also what these ate for breakfast!

1. Thanks for chatting with me today guys! First things first, you guys announced earlier this year that you were working on an 8 track EP. Now, you have just announced in the teaser video for your new track “Hope,” that you are now working on an album. What caused this change of mind?

There were a few things that changed our minds. Firstly, we had a really cool idea with the theme ‘Phuture Propaganda’ and once we began producing the EP, we came up with so many other awesome ideas on the way that really showcased a bit of an experimental edge. So we really couldn’t resist, it just made sense to create an album instead.

2. Okay so let’s talk now a little bit about the album. Why did you choose to stick with the original name Phuture Propaganda, rather than create a whole new idea?

The original idea of ‘Phuture Propaganda’ was to create our personal version of raw hardstyle in a musical way, rather than just putting together some standard kicks and screeches. We felt as though the idea was good enough to use as an album so we stuck with it!

3. Can you give us a little insight into what we can expect from the album in terms of how it will sound?

It’s going to be cool, musical and experimental. This doesn’t necessarily mean that we won’t be making powerful and raw tracks, we will just be using more sophisticated and stylistic techniques. Every song is based on a theme which builds to create a complete story.

4. In comparison to your last album “Music Rules The Noize,” what has changed for your guys creatively, musically and personally?

Creatively – We discover new music every day that really inspires us and we love to take this inspiration into our new tracks.
Musically – We’ve learned a lot more about the scene and it’s music and about production techniques.
Personally – We are older and wiser, of course!

We love Omegatypez! He’s a great guy with a unique euphoric style who has made some inspiring stuff for us. As an album, it is important to showcase your entire musical vision and not just make an album with 16 tracks that sound the same.

6. And we’ve also come across a cheeky studio selfie with Endymion. Interesting… How was it working with them in the studio?

It was really great and was totally unexpected. We made a solo track first and sent it over and they loved it and ended up throwing their own twist on it. We worked together with Endymion further in the studio to finish the track and it turned out to be a great combination of both of our styles. Their musical vision is really similar to ours, they want to make sophisticated music and we dig that.

7. If you woke up next to a really ugly girl after a night out drinking and she was wearing your favourite t-shirt, what would you do?

Antoine: Would be highly unlikely, considering that I don’t have a favourite t-shirt. 😉

Marco: I would hide underneath the bed until she leaves then I will soak the t-shirt in disinfectant for about a week…*laughs*

8. Do you classify yourself as a happy, sad or stupid drunk?

Antoine: Happy when I’m tipsy, stupid when I’m drunk and sad the morning after! 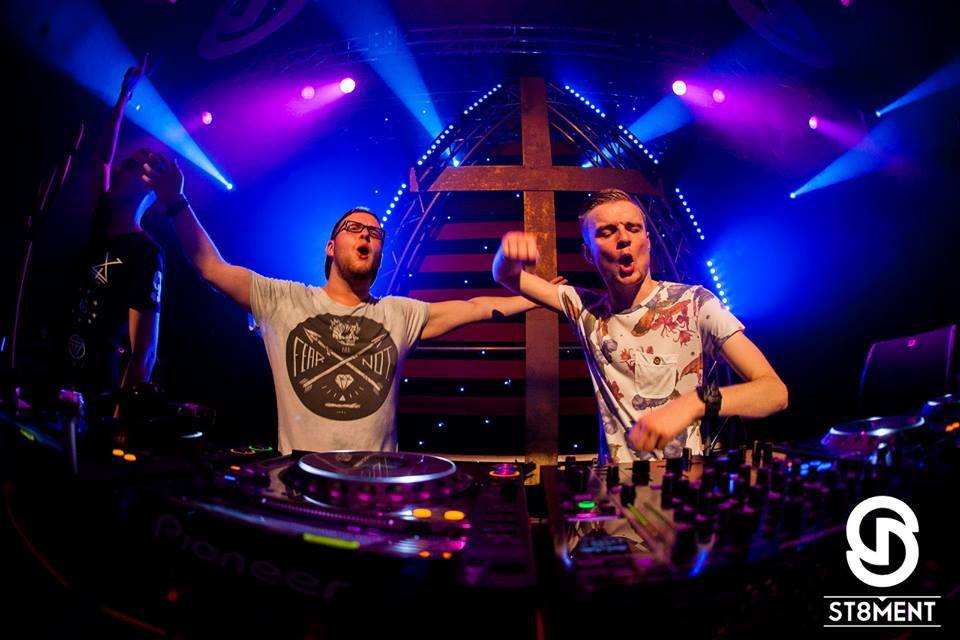 9. What did you eat for breakfast this morning?

Marco: I ate grilled chicken on bread and a glass of milk, bitch!

10. Can you tell me what a day in the life of Phuture Noize looks like?

We wake up and produce music until we don’t feel like producing anymore. Besides that we drink a lot of coffee. Oh, we also eat a few meals here and there too…

12. What are your thoughts on aeroplane food?

13. It does suck… So back to the album! You guys are notorious for creating sophisticated and versatile music. Can you tell me a little more about how you will be bringing this into your album?

We always try to bring fresh and original sounding stuff to the forefront and on the album you can expect a lot of different sounds. Chords, melodies, powerful kicks, reverse bass, you name it! We’ve been heavily inspired by some electronica artists such as Flume, Chrome Sparks and RUFUS and surprisingly the elements from the chilled electro genre can really work with hardstyle!

14. What is your personal favourite track on the album?

Antoine: I think ‘The Responsibility’ is my favourite, because of the message that the track represents. As artists, we have a responsibility to educate the listeners and show them that hardstyle is more than just about the most intense screeches and ‘rawest’ kicks.

15. What is the main message that you want to bring to your listeners in Phuture Propanganda?

We want our listeners to open their minds and become more aware of the musical aspects of hardstyle and realise there’s more to life than the most intense screech and ‘rawest’ kicks. We want the message to come across that although some tracks aren’t for the dance floor and private listening is also great.

16. So at the moment, “rawstyle” in particular is extremely popular and you guys have found yourselves on many line-ups for specialised “raw” parties. Do you like having this label on your music? Or do you feel as if it restricts you and influences you to create music to suit the “raw” genre?

We still love the raw and energetic sound. We never have restrictions when it comes to creating music, but sometimes you are restricted with what tracks you can play because it doesn’t ‘fit’ which is pretty sad. We want to be classified as ‘hardstyle’ artists rather than be pushed into the ‘raw’ category. We love the genre of hardstyle as a whole, we love the music and we don’t want to be restricted to making a certain type of hardstyle. We enjoy producing music underneath the whole spectrum and we want to continue doing exactly that!

19. If you could reincarnate as an act from another musical genre, what genre would it be and what would you name yourselves?

We would name ourselves Alpha & Charlie and we would be an electronica act.

20. Also, you guys did your first “live-act” at Loudness in 2013. What is the best thing about performing a live act from an artist’s perspective?

We fucking love live-acts! It’s being able to truly showcase your collection of music and showcase yourselves as an act and what you musically stand for. With DJ sets, you’re playing for the audience and getting them to have a great time, where as in live act it is a more intimate with your fans – it’s a true show.

21. What are the musical resolutions for 2015 for Phuture Noize?

To keep it real and keep the music musical. We are going to release the album and keep the new tracks flowing afterwards. We are also aiming to do more boundary pushing collabs too!

22. What other musical elements do you like to incorporate into hardstyle?

When we started producing Phuture Propaganda, we were really inspired by Flume and the whole chilled electronica and deep house genres. We are also heavily inspired by drum and bass and dubstep and even classical music! Oh, also soul music – the vocals for “Hope” were taken from an 80’s disco track which is pretty cool.

23. So what tips can you give upcoming producers about getting kicks right?

The best tip that we can give is to use big producers kicks as your reference. If your starting to become happy with your kicks then compare them to a track that you love, compare and see what needs to be changed to improve.

24. If you could own three pieces of musical equipment that you don’t already have, what would they be?

25. In your opinion, how should the perfect album sound?

For us, the perfect album should have a combination of a few really catchy tracks and other tracks that are musically unique and spectacular. There should also be a theme or storyline in every album that takes listeners on a journey. Albums should be based on an artist’s love for music.

26. I also saw that you guys were recently shooting some new press pictures for this album. What are your goals when building your image as an act?

Building our image as an act really supports our music. Like our album, we wanted our new image to be a little more sophisticated and thought out, rather than following what everybody else is doing.
Marco: Mind you, I looked about 12 in the last press pictures we did so we threw on some good clothes and maybe even unleashed our inner ‘hipster’ (sorry, not sorry).

So there you have it! An in depth and comprehensive look  this young duo’s album resolutions, their musical opinions and of course, what they ate for breakfast!